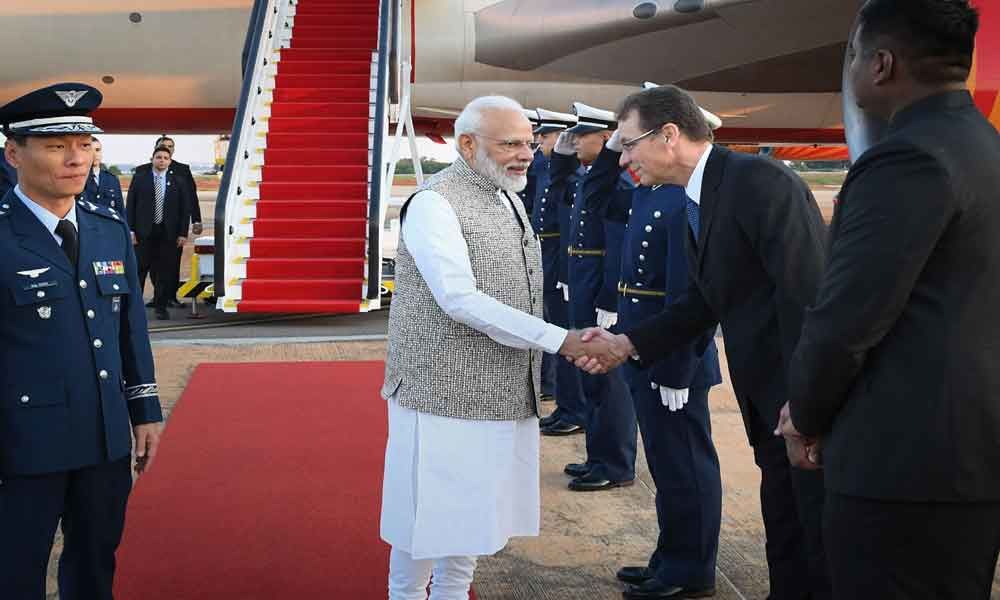 Prime Minister Narendra Modi on Wednesday hoped that the BRICS summit will enhance the economic and cultural linkages between the member nations as he ...

Brasilia: Prime Minister Narendra Modi on Wednesday hoped that the BRICS summit will enhance the economic and cultural linkages between the member nations as he arrived in the Brazilian capital to take part in the two-day meeting.

"Reached Brazil to take part in the BRICS Summit. Will also meet various world leaders during this visit," Modi tweeted after his arrival here. On the sidelines of the 11th BRICS summit, Modi will meet Brazilian President Jair Bolsonaro to discuss ways to enhance the bilateral strategic partnership.

The Prime Minister is scheduled to hold separate bilateral meetings with Russian President Vladimir Putin and Chinese President Xi Jinping on Wednesday. "I am sure the BRICS Summit will enhance cultural and economic linkages between BRICS nations," he said.

BRICS is the acronym coined for an association of five major emerging national economies - Brazil, Russia, India, China and South Africa. This year's event is being held under the theme BRICS: Economic Growth for an Innovative Future.