Rocket struck near US Embassy in Baghdad, amid escalating tension 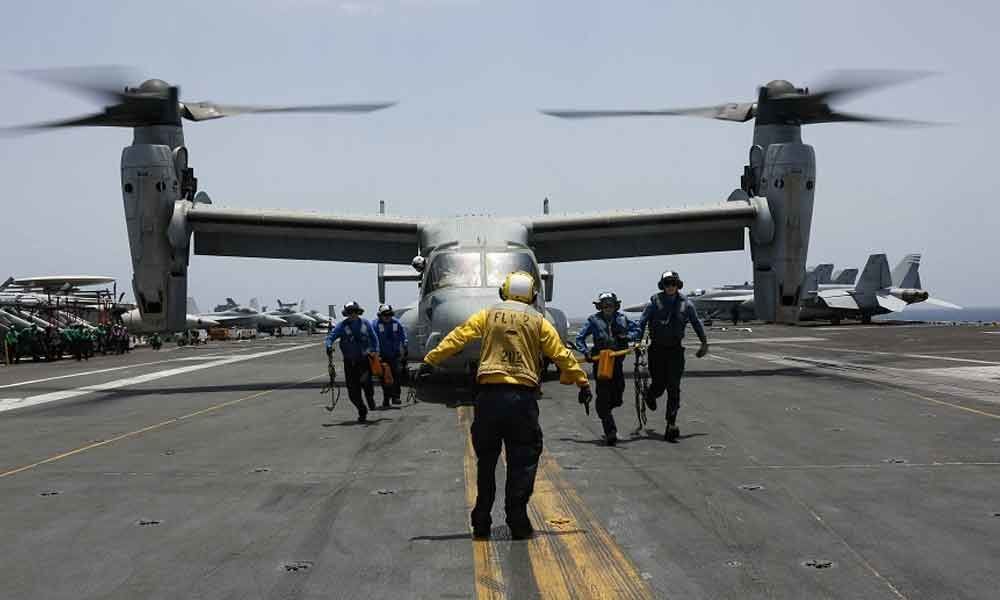 Tensions between the US and Iran have been high since Washington withdrew last year from the 2015 nuclear deal.

Baghdad: A Katyusha rocket was fired Sunday into Baghdad's Green Zone housing government offices and embassies including the US mission, days after the United States evacuated staff from Iraq citing threats from Iran.

"A Katyusha rocket crashed into the Green Zone without causing casualties," the Iraqi security services said in a brief statement without giving further details.

Tensions between the US and Iran have been high since Washington withdrew last year from the 2015 nuclear deal between Tehran and major world powers, and they have soared in the past few weeks.

Despite international scepticism, the US government has cited alleged threats from Iran, a long-time enemy of both Washington and its regional allies, including Israel and Saudi Arabia, but a powerbroker in Iraq.

Earlier this month, the administration of US President Donald Trump dispatched to the region an aircraft carrier and B-52 bombers, as well as an amphibious assault ship and a Patriot missile battery.

And on Wednesday it ordered the evacuation of non-essential personnel from the US embassy in Baghdadembassy and the Arbil consulate in northern Iraq, citing "imminent" threats from Iranian-backed Iraqi armed groups.

It was not immediately clear who was behind Sunday's attack.

But a police source told AFP that "initial reports indicate that the rocket was fired from an open field" in southern Baghdad.

The Green Zone is one of the world's most high-security institutional quarters.

Located in the centre of the Iraqi capital, it houses parliament, the prime minister's office, the presidency, other key institutions, top officials' homes and embassies.

The US embassy in Baghdad — its largest in the world — lies within the fortified neighbourhood, also known as the International Zone, which is surrounded by concrete walls.

In April this year, Saudi Arabia opened a new consulate compound in the Gree Zone after decades of no diplomatic ties with Iraq.

In September last year, assailants fired three mortar rounds into the Green Zone, in a rare attack that did not cause casualties or damage. No one claimed responsibility for the attack.

That same month the US shut its consulate in Basra and ordered all but emergency staff to leave the southern port city hit by weeks of protests and relocate to Baghdad.

At the time, US Secretary of State Mike Pompeo blamed Iranian militants for "indirect fire" — which usually means rockets or artillery — against the US consulate.

Ruled by Shiite clerics, Iran has a strong influence in Iraq, especially in the country's Shiite-majority south.

Baghdad has been under pressure from Washington to limit ties with its neighbour.

The Katyusha rocket attack came as Iraq on Sunday slammed as "political" a decision by US energy giant ExxonMobil to evacuate staff from a southern oil field.

"The temporary withdrawal of employees has nothing to do with security in southern Iraqi oil fields or any threats," Oil Minister Thamer al-Ghadban said.

"The reasons are political and probably linked to tensions in the region," he added in a statement released by the oil ministry.

Ghadban called the move to pull out staff from the West Qorna oil field west of Basra "unacceptable and unjustified".

Exxon did not confirm the withdrawal.

"We are closely monitoring. As a matter of practice, we don't share specifics related to operational staffing at our facilities," a spokeswoman said.