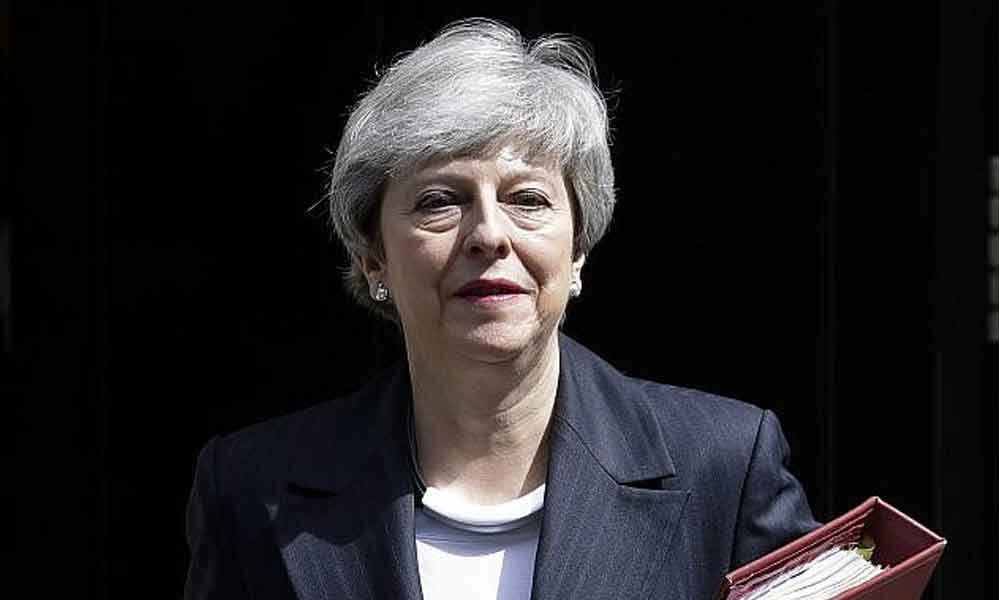 After a crisis-riven premiership of almost three years, May will resign on Friday June 7, paving way for contest to decide new UK PM.

London: British Prime Minister Theresa May is set to resign on Friday June 7, triggering a contest that will bring a new leader to power who is likely to push for a more decisive Brexit divorce deal.

After a crisis-riven premiership of almost three years, May is due to meet the chairman of the powerful Conservative 1922 Committee, which can make or break prime ministers.

May will remain in office during a Conservative Party leadership election lasting about six weeks. The contest is likely to start on June 10 after US President Donald Trump's state visit to Britain, The Times reported.

"Sadly, I have not been able to convince MPs to back my Brexit deal. I will resign on Friday, June 7," she was quoted as saying by Reuters.

A leadership contest will begin next week, May said, adding that she will serve till a new PM is found.

May said she has informed the Queen of her decision.