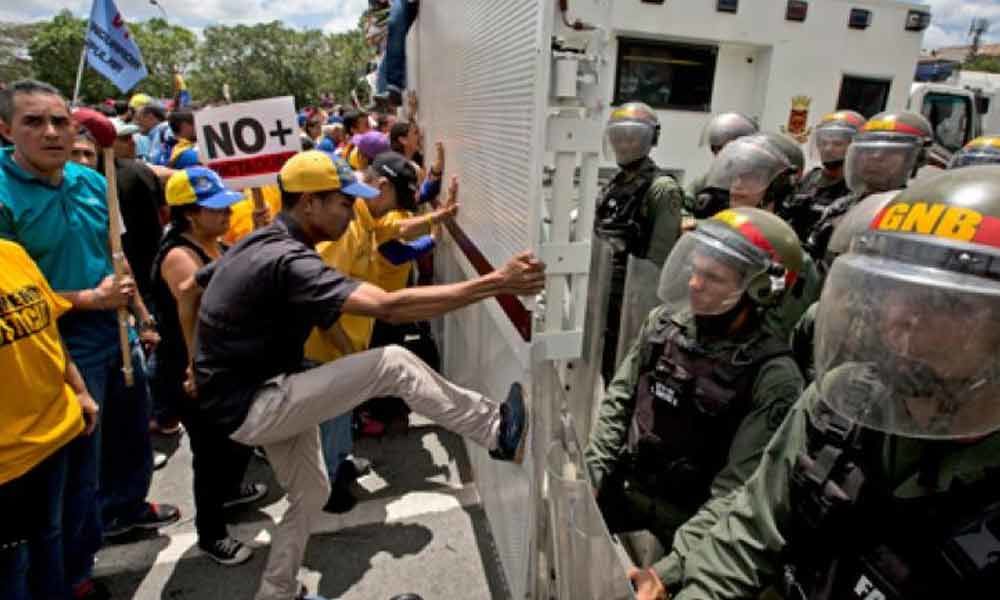 Venezuela has suffered collapse of its vital crude production and runaway inflation that the IMF projects at 10 million per cent this year.

In a statement, the Venezuelan Red Cross said it had received "medicines, medical supplies and power generators" that will be distributed in hospitals across the country, which is experiencing the worst crisis in its recent history.

Six trucks moved the supplies to a Red Cross warehouse in Caracas, an AFP journalist confirmed. The shipment seeks to mitigate a severe shortage of drugs and hospital supplies in Venezuela, which has suffered more than four years of recession and hyper-inflation marked by shortages of basic necessities such as food and medicine.

The United Nations says a quarter of its 30 million population is in urgent need of aid.

The oil-rich South American nation has suffered the collapse of its vital crude production and runaway inflation that the IMF projects at 10 million per cent this year.

Socialist President Nicolas Maduro authorised entry of the first Red Cross shipment in April after signing an agreement with the International Committee of the Red Cross (ICRC), in the middle of a power struggle with opposition leader Juan Guaido.

The Red Cross said it sent the second shipment from its logistics centre in Panama to the Venezuelan capital Caracas.

Guaido, speaker of the National Assembly and recognised as Venezuela's president by more than 50 countries, in February tried unsuccessfully to enter with donations from the United States, which Maduro denounced as a prelude to a US-led invasion.

The ICRC has warned that humanitarian aid will not solve the crisis-wracked country's problems.