We shall respond with great force If Tehran attack interests: Trump 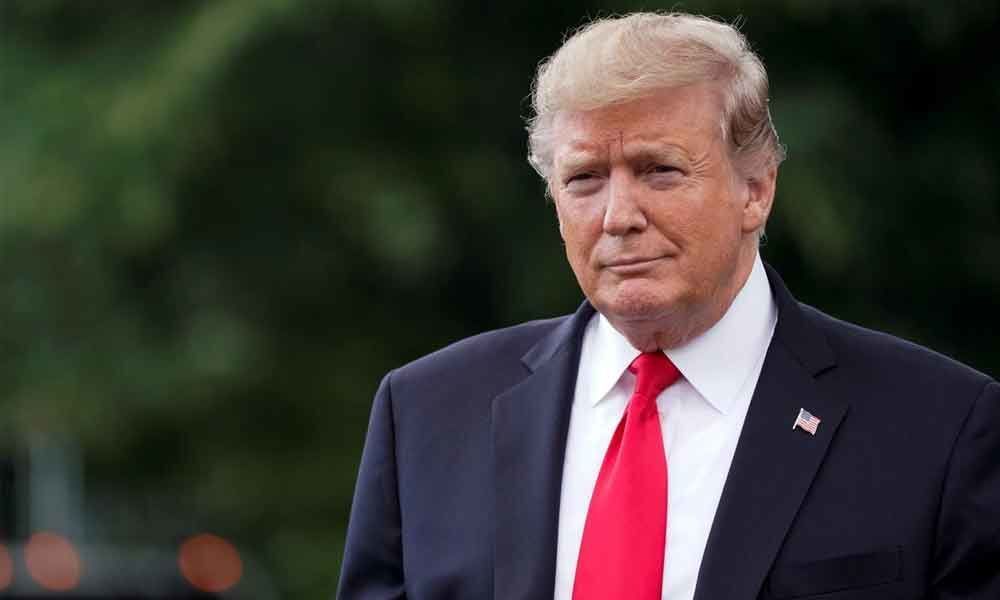 The two US sources said they are still trying to establish whether the rocket attack, directed by Iran, was designed to send a signal to US.

Washington: US President Donald Trump warned on Monday Iran would be met with "great force" if it attacked US interests in the Middle East, and government sources said Washington strongly suspects Shi'ite militias with ties to Tehran were behind a rocket attack in Baghdad's Green Zone.

"I think Iran would be making a very big mistake if they did anything," Trump told reporters as he left the White House on Monday evening for an event in Pennsylvania. "If they do something, it will be met with great force but we have no indication that they will."

His comments came as two US government sources said the United States strongly suspects Shi'ite militias with ties to, and possibly encouragement from, Iran fired a rocket on Sunday into Baghdad's heavily fortified Green Zone.

The sources, who are familiar with US national security assessments and spoke on condition of anonymity, said the United States was still trying to establish which militia fired the Katyusha rocket on Sunday and the extent, if any, of Iranian involvement.

The rocket fell in the Green Zone which houses government buildings and embassies and caused no casualties, the latest in a series of regional attacks the United States believes may have been inspired by Iran. Iran has rejected allegations of its possible involvement in attacks last week and Iran's Iraqi allies rushed to condemn Sunday's rocket blast.

The attacks include what Saudi Arabia described as armed drone attacks on two oil pumping stations within the kingdom on May 14 and the sabotage of four vessels, including two Saudi oil tankers, off the coast of the United Arab Emirates on May 12.

Yemen's Iran-aligned Houthi group claimed responsibility for attacking the pumping stations. Saudi Arabia accused Tehran of ordering the attack. Tensions between Washington and its Sunni Muslim Gulf Arab allies on one side and Tehran and its Shi'ite Muslim proxies on the other have been flaring for weeks.

European and US government sources believe Shi'ite militias based in Yemen or Iraq carried out the attacks in Saudi Arabia and near the UAE, likely with Iran's encouragement.

The two US sources said they are still trying to establish whether the rocket attack, if inspired or directed by Iran, was designed to send a specific signal to the United States.

The incidents all took place after Trump decided to try to cut off Iran's oil exports, roughly a year after he withdrew from the 2015 nuclear deal between Iran and six major powers.

Trump's decision to abandon the deal that restricted Iran's potential pathway to developing a nuclear bomb in return for relief from economic sanctions angered Tehran, which accuses Washington of breaking its word. Iran denies ever having a nuclear weapons program.

In what may be a sign of Iranian displeasure, an Iranian news service reported on a fourfold increase in Iran's rate of production of low-grade uranium enrichment.

Quoting an official at the Natanz enrichment plant, the semi-official Tasnim news service said Iran was accelerating the rate of production at which it refines uranium to 3.67% fissile purity, suitable for civilian nuclear power generation.

Two weeks ago, after Trump sought to block all Iranian oil exports, Iran said it would relax some of its commitments under the accord it struck with Britain, China, France, Germany, Russia and the United States.

Under the deal, negotiated by the administration of Trump's predecessor Barack Obama, Iran was allowed to stockpile up to 300 kg of low-enriched uranium (LEU) and ship any excess out of the country for storage or sale.

Iran said this month that cap no longer applied in response to the US withdrawal from the deal.

It was not clear how far Iran's LEU stock was from the 300-kg limit. Under the deal Iran can enrich uranium at 3.67 per cent, well below the 90 per cent purity required to make bombs and the 20 per cent level to which Iran enriched before the deal.

Former US Director of National Intelligence James Clapper, speaking to BBC World News television, played down the uranium announcement, saying "I don't know that it's necessary to go into the panic mode yet."

Clapper stressed, as have some other analysts and diplomats, the danger of an accidental escalation, particularly when opposing forces are close to one another. Both US and Iranian vessels patrol in the Strait of Hormuz.

"The thing I would be concerned about is some inadvertent incident that could go incendiary," he said.

US Secretary of State Mike Pompeo had warned Iraqi leaders during a surprise visit two weeks ago to Baghdad that if they failed to rein in Iran-backed militias, which are expanding their power in Iraq and form part of its security apparatus, the United States would respond with force.

A US State Department official noted on Sunday that there had been no claim of responsibility for the rocket attack, and that no US-inhabited facility was affected, but said "we will hold Iran responsible" if such attacks were carried out by proxy militia forces.

On Sunday, Trump threatened Iran in a tweet, raising concerns about a potential US-Iran conflict.

"If Iran wants to fight, that will be the official end of Iran. Never threaten the United States again!" he tweeted.

Critics accused Trump of sending mixed signals. Last week three US officials told Reuters that Trump had told his top advisers he does not want war with Iran.

Democratic Senator Chris Coons, a member of the Senate Foreign Relations Committee, said Trump "bluffs about going after Iran" and said the consequences of being drawn into a war would be "tragic."

Iran's UN Ambassador Majid Takht Ravanchi warned UN Secretary-General Antonio Guterres in a letter made public on Monday that "if unchecked, the current situation might - sooner or later - go beyond the perimeter of control and thereby lead to another unnecessary regional crisis."