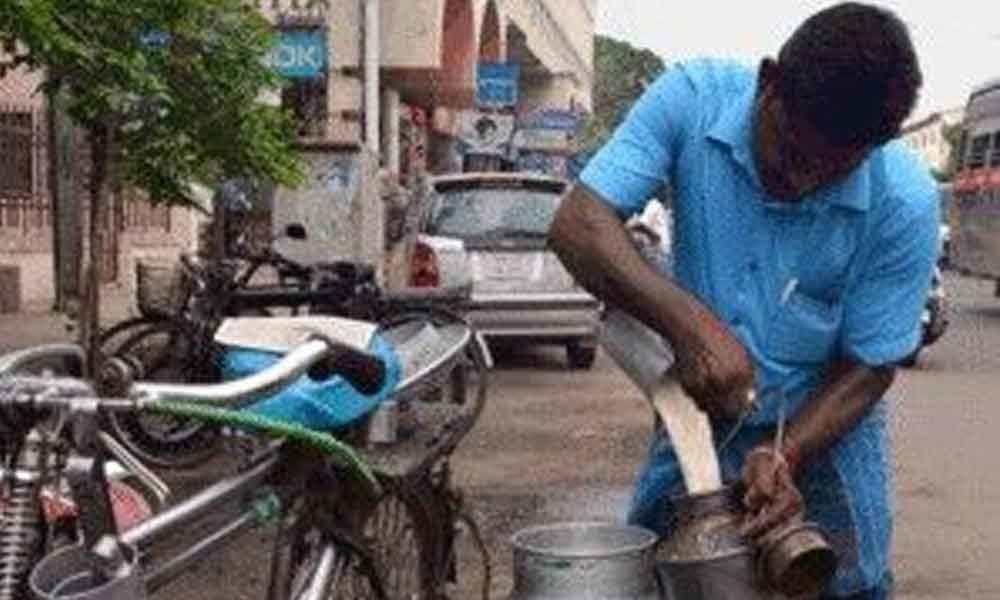 In the first-ever survey on milk safety parameters, the top food regulator Food Safety and Standards Authority of India (FSSAI) discovered that about 41 per cent milk samples fell short of some kind of safety parameters.

The milk survey was conducted from May 2018 to 2019, covering all States and Union Territories with the objective of monitoring the safety and quality of liquid milk in the country.

About 6,432 Milk samples were taken from across the country for adulteration concern and analysis.

"A major finding in the survey was the presence of Aflatoxin M1 residues beyond permissible limits in 368 (out of 6,432) samples, that is 5.7 per cent.

Another issue is the presence of antibiotics in the milk. 1.2 per cent of milk samples had shown the indications of antibiotics, according to the survey.

In total, seven per cent of the milk samples were found to be unsafe which contained serious health hazard.

The survey, however, showed that about 41 per cent of samples had some kind of quality issues. "Both raw and processed samples were found to non-compliant on account of low fat or low SNF (solids not fat), two key quality parameters.

"Around 77 samples out of 6,432 samples had residues of antibiotics above the permissible limits. States like UP, Maharashtra and Madhya Pradesh are major contributors to it.

Only one raw milk sample in Kerala was found to contain pesticides residues," said Agarwal.

"The survey has helped in identification of the hot spots so that more intensified efforts for surveillance and enforcement could be taken up in such areas.

FSSAI has now written to all the stakeholders to maintain quality and safety parameters in milk products," he added.

Overall, above 93 per cent of samples that is 5,976 out of 6,432 samples were found to be safe for human consumption.