A complaint against me bogus, Hinduism epitome of peace: Urmila Matondkar 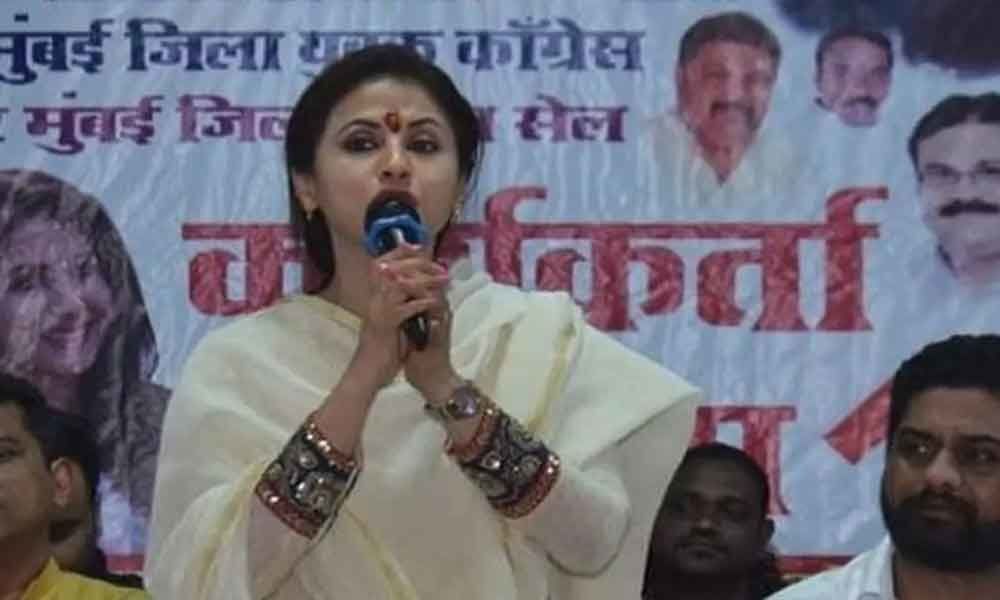 Mumbai: Actor-turned-politician Urmila Matondkar on Sunday termed a complaint filed against her as "bogus and baseless" while asserting that her comments in an interview were regarding "divisive politics of BJP" and not Hinduism, which is the "epitome of peace".

"The complaint filed against me is ex facie bogus, baseless and filed with ulterior motives. I have been grossly misquoted by the complainant, who is a BJP member, with mala fide intentions. In my interview, I had only objected to the fake, divisive and violent ideology promoted by the BJP in the name of Hinduism to misguide our people and bring disrepute to our great religion. Hinduism is an epitome of peace, inclusiveness, and non-violence," said Matondkar in a statement.

She also emphasised that she believes in Hinduism which embraces benevolent concepts of Wasudhaiv Kutumbakam and Ahimsa Paramodharma.

"This is the Hinduism promoted by our great forefathers and Lokmanya Tilak, Gandhiji, Vivekanand and Sardar Patel. I believe in, love and respect Hinduism in this sense and not in what BJP wants to promote. Unfortunately, today raising voice against BJP ideology and speaking the truth amounts to committing a crime," she added.

Matondkar also accused BJP of victimising her and said, "I have been victimised like so many others in the last 5 years by BJP. I deplore this aggressive and hostile policy of BJP."

"I was watching television on April 5 at 8 pm. I saw well known and celebrated Bollywood actress Ms Urmila Matondkar, make false, mischievous and deceitful comments saying 'Hinduism the most violent religion in the world'," the complaint read.

Maharashtra will go to polls in the first four phases, beginning April 11. Results of the polls will be declared on May 23.