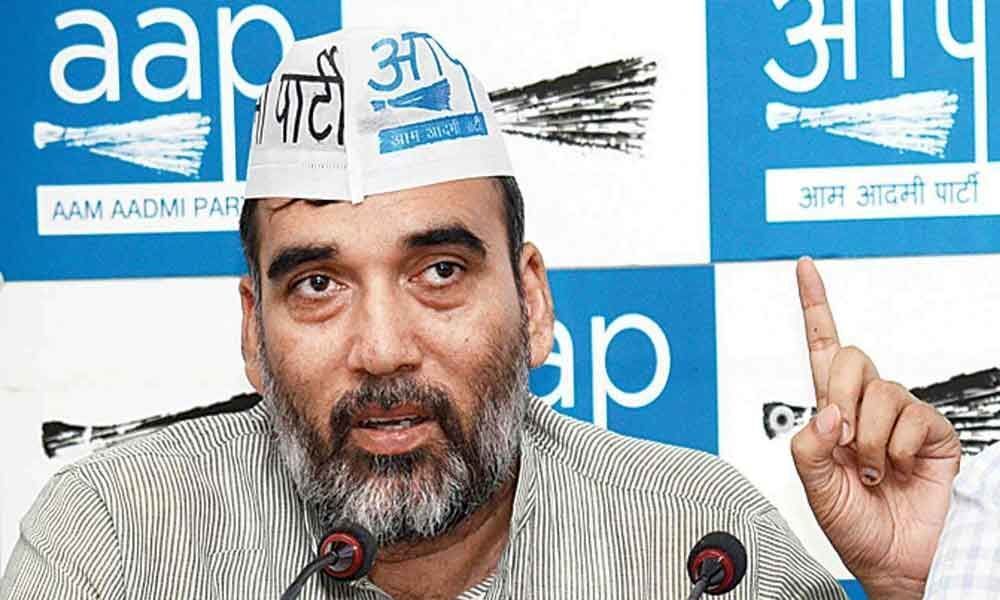 Rai also announced the names of three candidates who will be contesting from Haryana.

New Delhi: The six remaining candidates of Aam Aadmi Party will file their nominations on Monday, senior party leader Gopal Rai said, accusing the Congress of "wasting" its time over an alliance in Delhi, Haryana and Chandigarh.

Rai also announced the names of three candidates who will be contesting from Haryana. "Naveen Jaihind, Haryana state party in-charge, would be contesting from Faridabad. Krishna Kumar Agarwal, an advocate, would contest from Karnal while Prithviraj, a former IPS officer and ex-DGP of Haryana would contest on AAP ticket from Ambala," he told reporters. Rai also announced that Delhi Chief Minister and AAP chief Arvind Kejriwal would participate in two mega roadshows in Haryana. The AAP has formed an alliance with the Jannayak Janata Party (JJP) in Haryana in 7:3 seat sharing formula with seven seats for the JJP and three for the AAP.

Rai accused the Congress of "wasting" AAP's time over the tie-up in Delhi, Haryana and Chandigarh. "We even postponed the filing of nominations of AAP candidates but now all our six candidates in Delhi will file their nominations on Monday and we will also launch a 'Pol-Khol Abhiyan' against the Congress," he said.

Rai said the Congress was giving an impression that the AAP refused to form an alliance. "But the fact is whichever seat sharing formula the Congress proposed we agreed to it in Haryana, Delhi and Chandigarh and even then they backtracked," he said.

Delhi Deputy Chief Minister Manish Sisodia said Saturday that the Congress first proposed 6:3:1 seat sharing formula to the AAP in Haryana where six seats would be for the Congress, three for the JJP and one seat for the AAP. "Our decision to form an alliance with the Congress was to stop the Modi-Shah duo," he said.

"The Congress has zero presence in Delhi even then they want nearly half of the seats. With that logic, the Congress should form an alliance in Punjab and Haryana too. We have 20 MLAs and four MPs in Punjab then why can't an alliance be formed with us," Sisodia asked on Saturday.