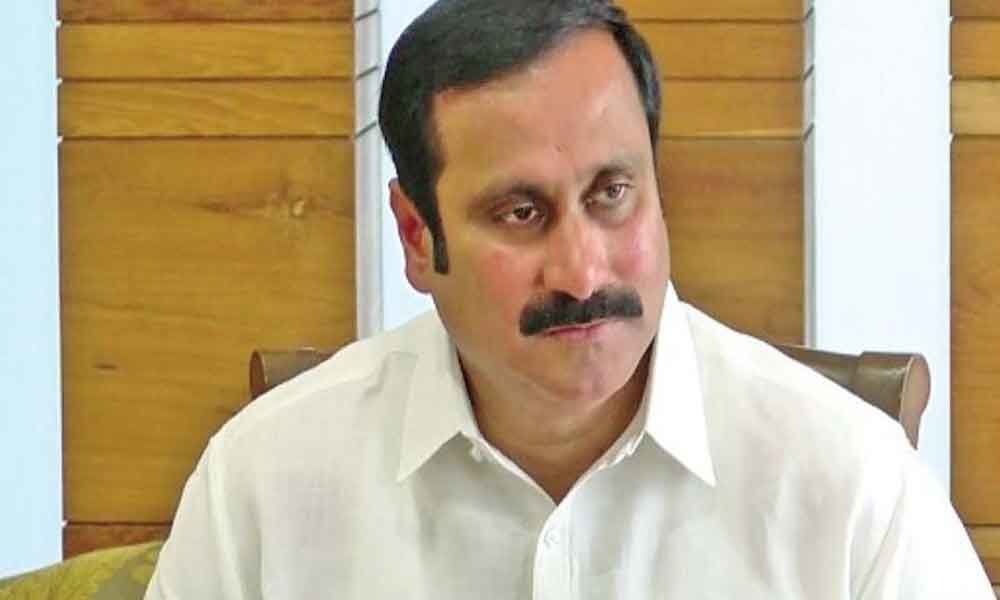 Senthil was taken to the government hospital in Omalur and was treated as an outpatient.

AIADMK legislator from Mettur, Semmalai, slapped a party worker for questioning PMK leader Anbumani Ramadoss, who was accompanying the AIADMK leader, on Sunday evening. This created a huge commotion during a public meeting at Sinthamaniyur village near Mecheri.

Senthil of Aranganur village came forward and questioned Anbumani as to why he had opposed the eight-lane road project between Salem and Chennai when the Centre and state government brought it as Anbumani started to speak. "He also asked where he (Anbumani) had gone in the past five years," said an AIADMK cadre, who was witness to the incident.

Standing next to Anbumani, Semmalai, suddenly slapped Senthil on the face. He also demanded cadres to take Senthil away from the meeting place. Senthil was taken to the government hospital in Omalur and was treated as an outpatient.

Anbumani, who is the, Lok Sabha candidate for Dharmapuri Lok Sabha constituency guaranteed that excess water from Cauvery flowing into Bay of Bengal will be used constructively by executing a comprehensive scheme, if he was voted.

"The entire farmers' community in the state would be benefitted if surplus water is used by bringing a scheme. I will take steps to carry out Mettur surplus water scheme, if I become the MP." said Anbumani while, addressing a gathering at Mecheri on Sunday.