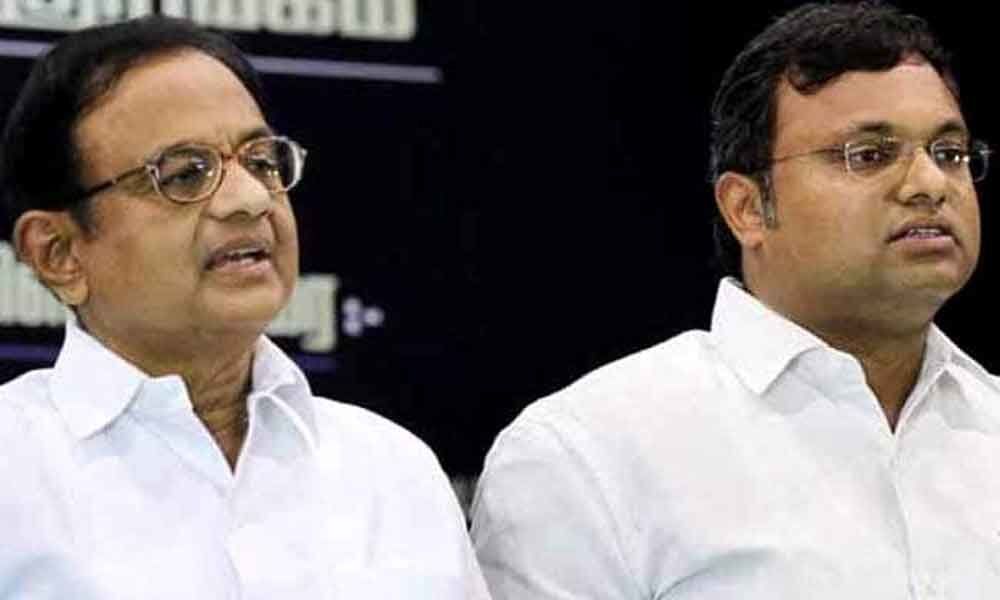 New Delhi: A special CBI court on Monday extended till May 30 the interim protection from arrest granted to former Union Minister P Chidambaram and his son Karti Chidambaram in the Aircel-Maxis case.

Special Judge O P Saini extended the protection after senior advocate A M Singhvi, appearing for the Chidambaram, made a request in this regard.

"We want to interrogate both the accused in the custody after receiving the Letters Rogatory (LR). They are fully protected by judicial order. Karti keeps filing applications to travel abroad to play tennis and he does not want to cooperate in the investigation. He is enjoying life," argued Solicitor General Mehta.

The court asked the Solicitor General to show the file on what material has been collected.

Earlier on April 26, the Court extended the interim protection from arrest granted to former Union minister P Chidambaram and his son Karti Chidambaram in connection with the Aircel-Maxis cases till May 6.

The cases are being probed by the Central Bureau of Investigation (CBI) and the Enforcement Directorate (ED).

The case relates to alleged irregularities in grant of Foreign Investment Promotion Board (FIPB) approval in the Aircel-Maxis deal. The FIPB approval was allegedly granted in 2006 when Chidambaram was India's Finance Minister.

According to rules and foreign direct investment (FDI) policy of the Central government, Chidambaram was only empowered to give approval to proposals involving foreign investment up to Rs 600 crore.