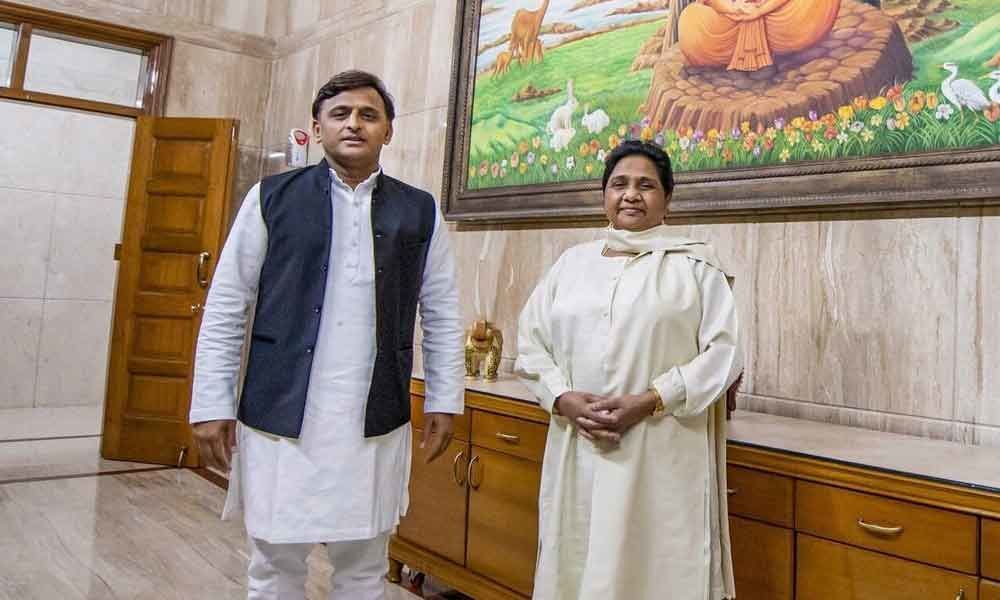 Yadav, who had formed a coalition with the BSP and the RLD to take on the BJP, drove to the residence of Mayawati and the closed-door talks lasted for almost an hour. Details of what transpired between the two top leaders was not known immediately.

On Saturday, TDP president Chandrababu Naidu had met both Yadav and Mayawati in the UP capital separately to discuss possibility of non-BJP parties coming together in the event of a fractured verdict.

As part of the alliance agreement, the BSP had contested 38 seats and the SP 37 seats leaving 3 for a smaller RLD while deciding not to field any candidate in Rae Bareli and Amethi, the stronghold of UPA chairperson Sonia Gandhi and Congress president Rahul Gandhi respectively.