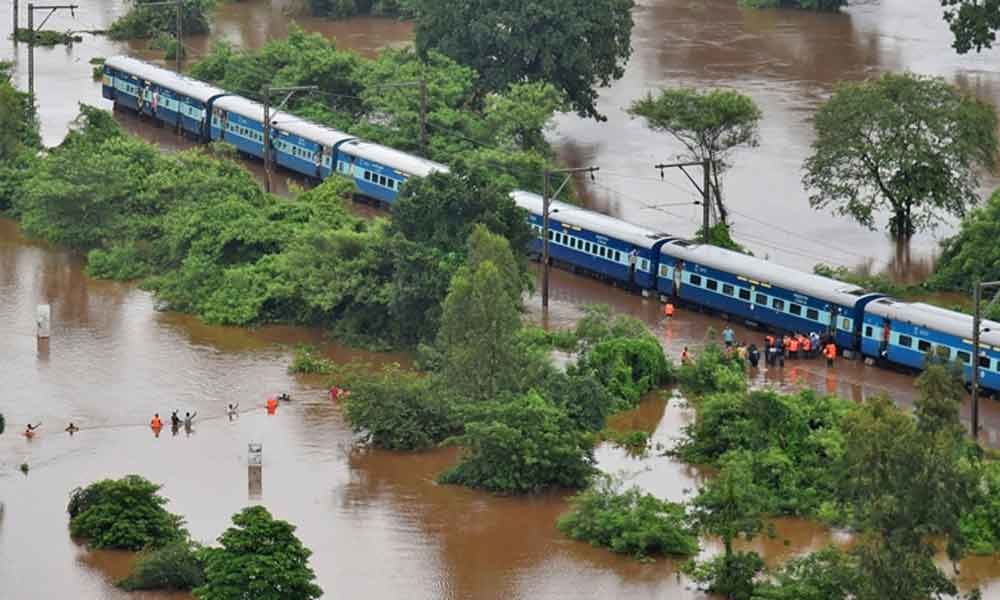 All 1,050 passengers on board Kolhapur-bound Mahalaxmi Express were rescued on Saturday in a multi-agency operation nearly 17 hours after the train...

Mumbai : All 1,050 passengers on board Kolhapur-bound Mahalaxmi Express were rescued on Saturday in a multi-agency operation nearly 17 hours after the train was stranded near Vangani in Thane district due to flooding on tracks following heavy rains.

The train had left Mumbai for Kolhapur on Friday night, but could not travel beyond Vangani, where it reached in the wee hours on Saturday.

Talking to PTI, chief spokesperson of the Central Railway Sunil Udasi said all 1,050 passengers were taken to a safe spot. "A special train with 19 coaches will leave from Kalyan to Kolhapur with the affected passengers of the Mahalaxmi Express," Udasi said.

Officials involved in the rescue operation said the nine pregnant women and a one-month-old baby girl were also safe.

Union Minister of State for Home Affairs Nityanand Rai spoke to Chief Minister Devendra Fadnavis and assured him that all central assistance will be provided to the state, the Chief Minister's Office (CMO) said.