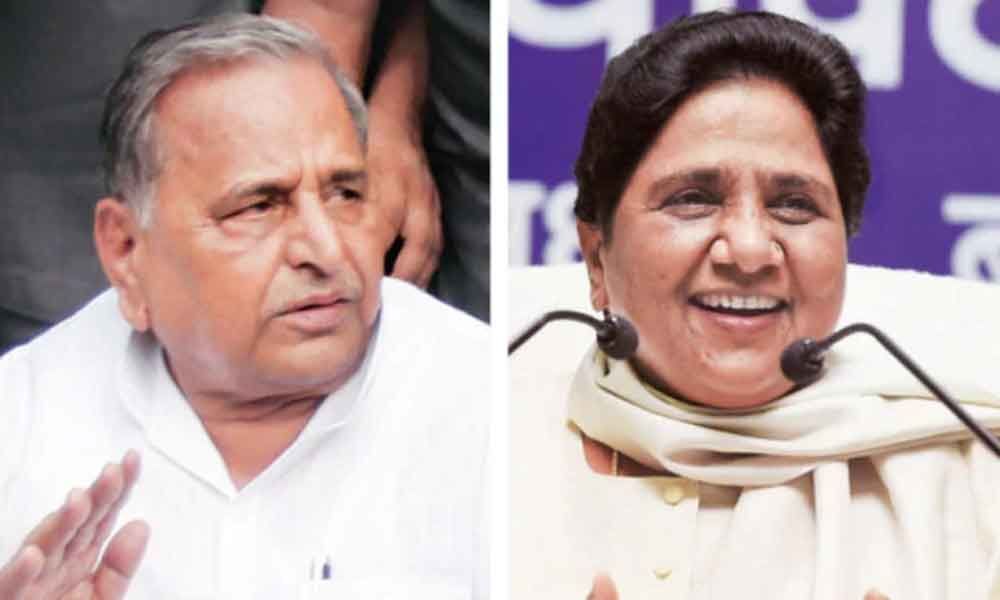 Samajwadi Party founder Mulayam Singh Yadav and Bahujan Samaj Party chief Mayawati will share a stage at a joint rally of the SP-BSP-RLD alliance in Uttar Pradesh's Mainpuri on Friday, putting aside historical grievances of their shared past.

Mainpuri:Samajwadi Party founder Mulayam Singh Yadav and Bahujan Samaj Party chief Mayawati will share a stage at a joint rally of the SP-BSP-RLD alliance in Uttar Pradesh's Mainpuri on Friday, putting aside historical grievances of their shared past.

Mulayam is contesting from the Mainpuri Lok Sabha seat which goes to the polls in the third phase on April 23. The SP patriarch has won from the party bastion Mainpuri four times.

This is the first time since the 1995 Guest House episode that the two arch-rivals will be on one stage. It has been almost two and half decades since the SP patriarch shared stage with the Bahujan Nayak or Saheb Kanshi Ram.

When the SP-BSP stitched its new alliance ahead of the seven-phased Lok Sabha polls, Mayawati had made it clear that she has set aside the guest house episode.

Preparations have almost completed for the Christian Field rally here, which will be watched closely.

Mulayam Singh and Mayawati have not seen eye-to-eye ever since an alliance between their parties came to a sordid end in 1995, when Samajwadi Party workers allegedly attacked a state guest house where the BSP chief was camping with her supporters.

The immediate provocation was Mayawati's decision to withdraw from the government and join hands with the Bharatiya Janata Party.

While the BJP often refers to the 1995 incident to describe the tie-up as "impractical", both Akhilesh Yadav and Mayawati have asked their respective party workers to set aside their differences.

Despite all this, Mulayam Singh, who is said to be not in best of health, had delivered a shocker earlier this year when he in the Lok Sabha said Prime Minister Narendra Modi should emerge victorious in the general elections.