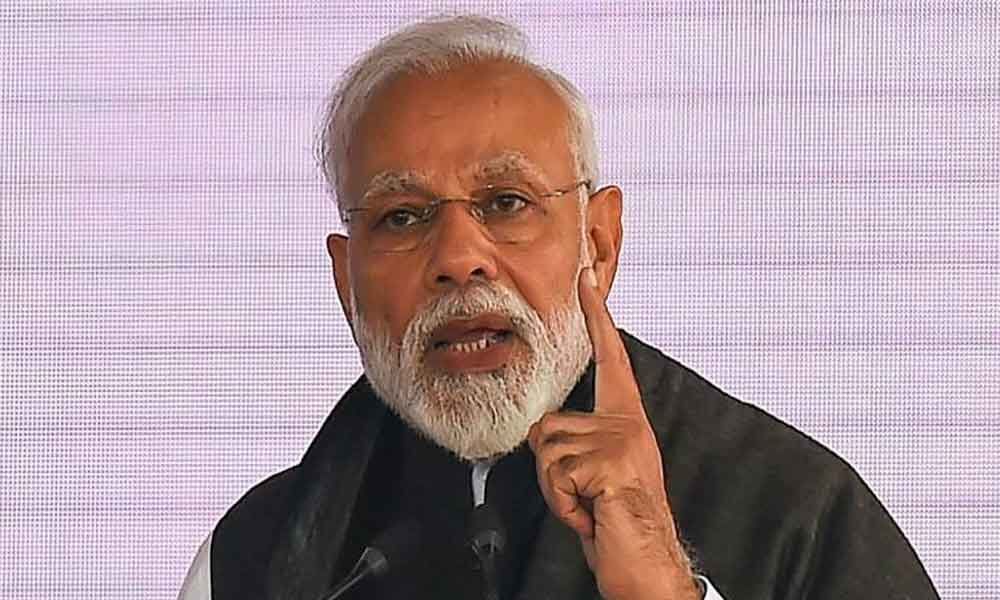 Prime Minister Narendra Modi on Sunday said that the Army cannot wait for clearance from the Election Commission to take action against terrorists.

Kushinagar (Uttar Pradesh):Prime Minister Narendra Modi on Sunday said that the Army cannot wait for clearance from the Election Commission to take action against terrorists.

The Prime Minister, while referring to the killing of two terrorists in Shopian in Jammu and Kashmir, said: "They (the terrorists) were standing in front (of the soldiers) with bombs and guns. Would my jawans go to the Election Commission to ask for permission to shoot? Since I came to Kashmir, every second or third day, clean-up operations are taking place."

He further said that the 'lotus' was all set to bloom in the country again. "The 'mahamilavati' group is now frustrated and desperate because the people are voting for a strong government and a strong nation," he said.

The BJP has built its campaign around the theme of nationalism and national security which no political party has opposed. Howver, political parties have objected to the Prime Minister referring to 'my soldiers' on the social media.

Earlier, Uttar Pradesh Chief Minister Yogi Adityanath had been pulled up by the Election Commission for referring to the Indian Army as 'Modiji ki sena'.

Last week, the Election Commission gave a clean chit to the Prime Minister for several speeches where the armed forces, the terror attack in Jammu and Kashmir's Pulwama and the airstrike at Pakistan's Balakot were mentioned.