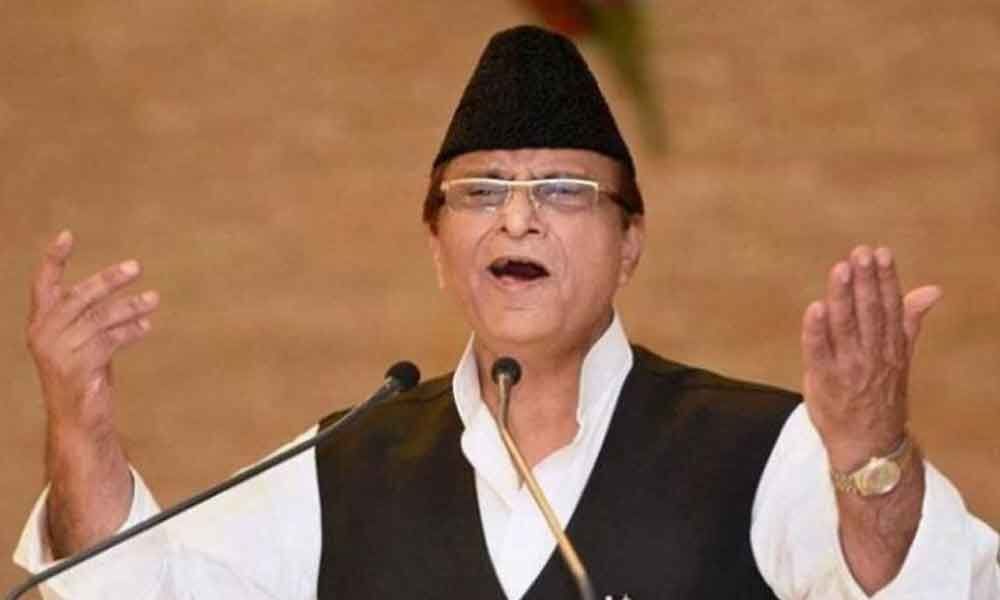 Within days of being elected to the Lok Sabha, Azam Khan, the Samajwadi Party MP from Rampur in Uttar Pradesh, has now said that he is thinking of quitting his seat and contesting the next Assembly elections.

Rampur:Within days of being elected to the Lok Sabha, Azam Khan, the Samajwadi Party MP from Rampur in Uttar Pradesh, has now said that he is thinking of quitting his seat and contesting the next Assembly elections.

"There are no doctors or health facilities in my constituency. We are running a hospital but there can be attempts to dismantle it. Barrage should be constructed, its construction is pending. I am thinking of quitting from Parliament and contesting the state Assembly elections. It is possible that I will contest in the upcoming Uttar Pradesh Vidhan Sabha elections," Azam Khan told reporters in here.

He said that the welfares of the people in his constituency was of prime importance and he was willing to let go of any position for this.

He was speaking at a press conference in his constituency after a complaint was reportedly filed against him for obstructing government work and occupying public property without permission for Mohammad Ali Jauhar University.

Denying all the charges, Khan said, "Whatever has happened is not hidden from everyone. To remove me from the state, all types of efforts have been made-- there was also an attempt to kill me. My license was cancelled.

"Also, there was a conspiracy to kill me in an encounter by putting serious allegations on me. Newspapers have written that among all the winning MPs, I am number one and the biggest criminal MP because there are maximum cases against me."

Replying to a question, he said that he had bought the property from the previous government and had the papers to prove it.