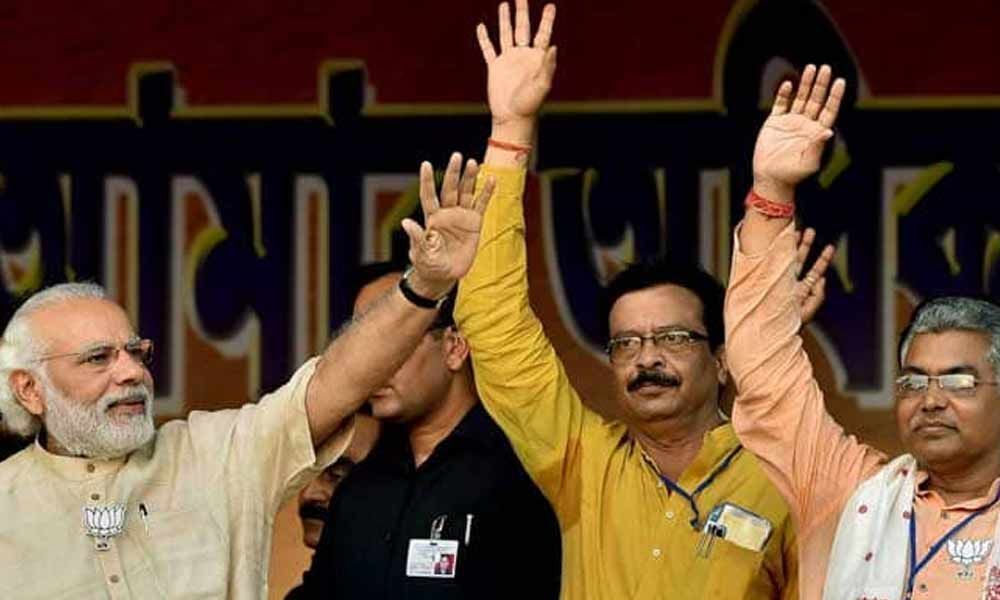 Campaign against illegal infiltration, alleged misrule of the ruling TMC and the promise of NRC implementation in West Bengal have helped the BJP...

Campaign against illegal infiltration, alleged misrule of the ruling TMC and the promise of NRC implementation in West Bengal have helped the BJP reach the staggering figure of 77 lakh plus in its recent membership drive in the state, party sources said.

According to BJP leaders, the majority of its new members are in the age group of 25-40, which reflects the party's growing acceptance among the youth.

The districts where the drive met with remarkable success include Jalpaiguri, Coochbehar, North Dinajpur, South Dinajpur and Alipurduar in north Bengal, along the India-Bangladesh border, besides Malda, Nadia, North and South 24 Parganas, they said.

"It is not that we have performed well only in the bordering districts. We have also received positive response from places like like Jhargram and Midnapore," BJP state president Dilip Ghosh said.

In the border areas, an overwhelming number of people have joined the BJP as they were fed up with the TMC's misrule, corruption, unemployment, and lack of initiatives to check infiltration, he said.

The country-wide membership drive was launched by Prime Minister Narendra Modi and BJP president Amit Shah on July 6, on the occasion of party ideologue Syama Prasad Mookerjee's birth anniversary. It ended on August 20.

The Bengal BJP surpassed the 60-lakh target set by the central leadership.

Following the stupendous response, the BJP's central leadership has decided that the drive would continue till December in West Bengal, one of the priority states for the party, a senior leader said.

During the last such drive in 2014, the BJP had enrolled just 42,000 members. "Our promise of implementation of the National Register of Citizens (NRC), if the BJP is voted to power, and campaigns against illegal infiltration and TMC's misrule have paid off in the state," the senior party leader said.