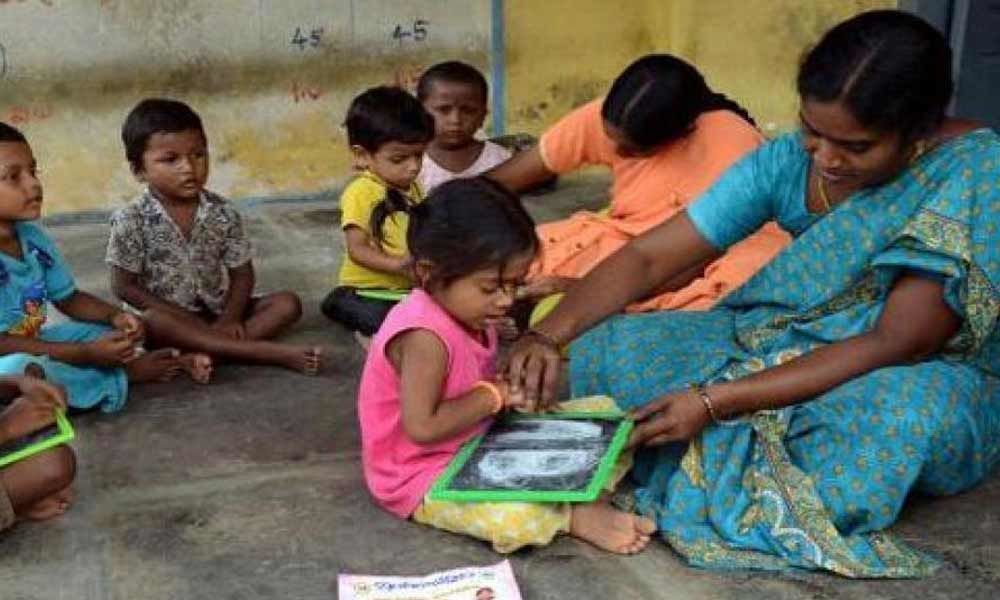 An anganwadi centre was opened and cleaned by Menaka* in Pulianthope, on Wednesday morning. After the children gathered, she took classes but wrapped up in two hours. "I have to go for voter verification and report to my senior before 3pm," she said.

A parent who had dropped by said she was avoiding work, as she was leaving. "This has become a daily affair. The children are not taught and the centers close before 3pm," said R Keerthi, parent of a three-year-old.

"But what can I do? I have been assigned this task by the government," responded Menaka who along with 500-plus anganwadi teachers in the city have been set up as booth level officers. They update polling rolls by carrying out physical verification and help people to attain voter cards.

"It takes three hours to verify families on two streets. We have to report to the registration officer," said Mahima*, an anganwadi teacher from Royapuram. But parents are not swayed. "The children are stuck on one lesson for a week because the teacher is hardly present," said V Suguna, a parent from Mylapore.

Helpers look after the children when teachers are absent. "But many centers don't have helpers. They cannot close the center or avoid their duties. What should they do?" asked Baby Daniel, member of the Tamil Nadu Anganwadi Teachers Association.