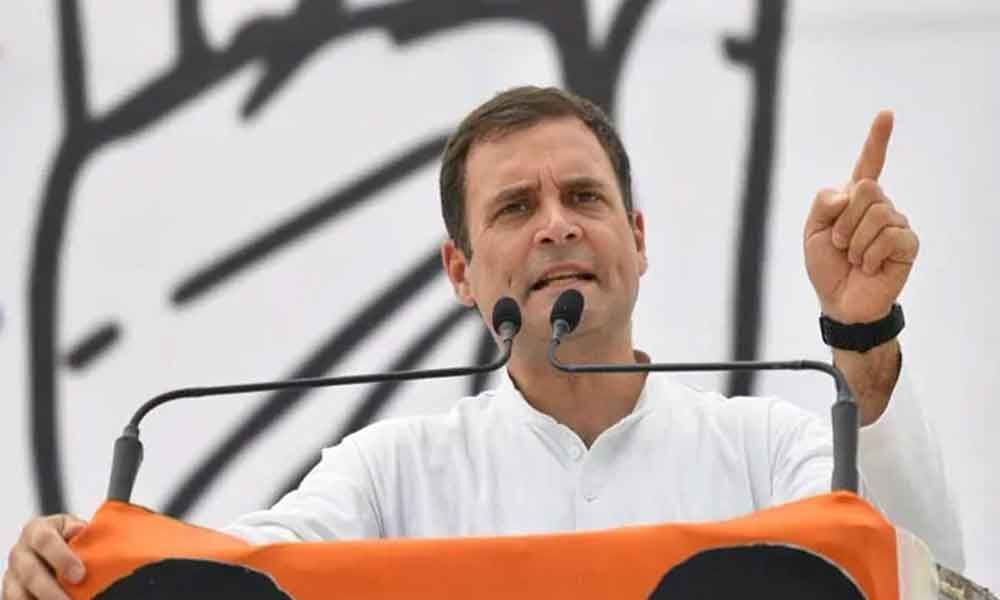 Pathanamthitta: With the BJP led NDA trying to turn the Sabarimala issue into a major poll plank, Congress chief Rahul Gandhi Tuesday said his party believes in allowing people to express their faith and sentiments and never stop them from "genuinely" expressing their belief.

Addressing a massive poll rally in Pathanamthitta, where the famed Sabarimala Lord Ayyappa temple is located, Gandhi said his party wants an India "where people can express what is there inside their heart as long as those expressions are peaceful and non-violent."

However, he was cautious not to mention the name of Lord Ayyappa or the recent agitations witnessed by the state against the entry of young women there.

The entire Kerala, including Pathanamthitta, had witnessed frenzied protests by devotees and right wing outfits against the CPI-M-led LDF government's decision to implement the September 28 Supreme Court verdict, permitting women of allage groups into the hillock shrine.

"But theCongress will never take an action that stops people from genuinely expressing their faith," he said, adding that he leaves the matter to the "wisdom of the people of the state."

The Congress chief also said he chose Wayanad in Kerala as his second constituency as the southern state respects other people's ideas.

Pathanamthitta is witnessing a fierce tri-cornered fight between Anto Antony of the Congress-led UDF, Veena George of the CPI(M)-headed LDF and BJP-NDA nominee K Surendran.

Prime Minister Narendra Modi had, while addressing an election meeting in Kozhikode on April 12, also not mentioned the words like 'Sabarimala' or 'Lord Ayyappa'.

But the Prime Minister had said that the BJP government would ensure that the centuries old beliefs of devotees would be protected.

However during his campaign meetings in Tamil Nadu later,Modi had alleged that the communists, Congress and Muslim League were playing a dangerous game on the Sabarimala issue, which Kerala Chief Minister Pinarayi Vijayan rubbished as "misleading" and "utter lies".