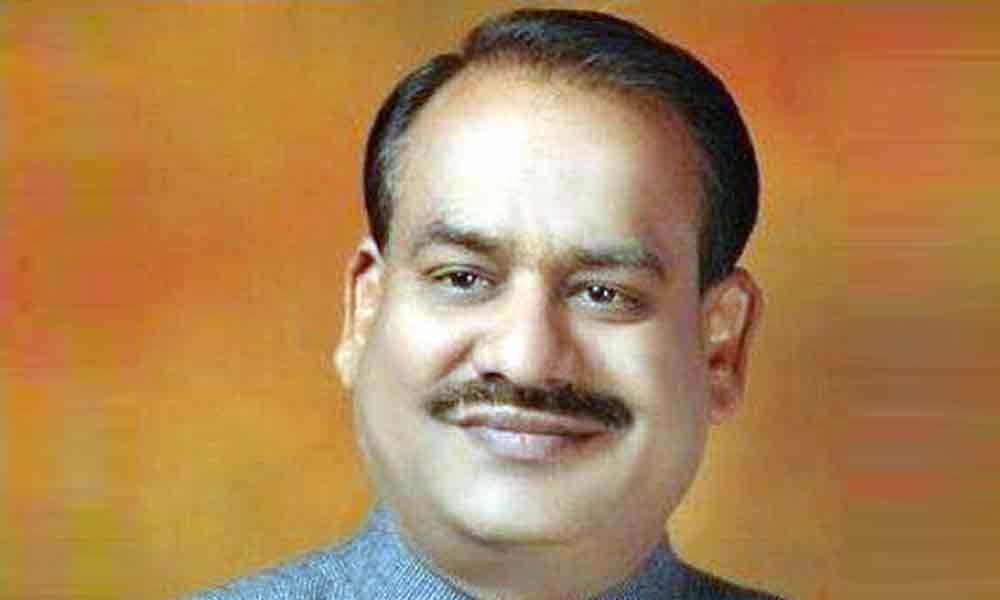 Birla, a BJP MP from Kota-Bundi seat in Rajasthan, is all set to be elected unopposed on Wednesday when the motion seeking his election is moved in Lok Sabha.

NEW DELHI: The Congress and other UPA allies have decided to support the BJP candidate Om Birla for the post of Lok Sabha Speaker, party leader Adhir Ranjan Chowdhury said Tuesday but remained silent on the issue of Deputy Speaker.

Birla, a BJP MP from Kota-Bundi seat in Rajasthan, is all set to be elected unopposed on Wednesday when the motion seeking his election is moved in Lok Sabha.

Chowdhury said the Congress has already moved a motion supporting the ruling party candidate for the post of Speaker of Lok Sabha.

The decision was taken a meeting of the UPA allies in Parliament this evening, where the leaders also discussed the opposition strategy during the Parliament session.

The Congress and other opposition parties, have, however, not decided on the strategy for the post of Deputy Speaker of Lok Sabha and are adopting a "wait and watch" policy.

Leaders of Congress and other UPA allies said they would await the government's next move on the appointment of the deputy speaker, a post that traditionally goes to the opposition.

So far, the government has not given any indication on the post and the opposition is waiting for its move on the issue.