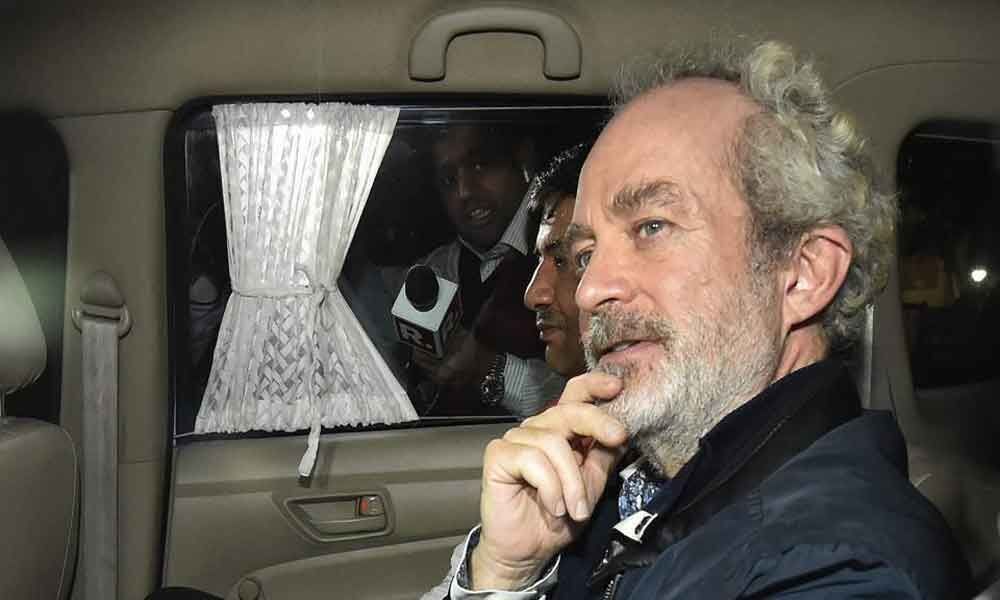 The next date of hearing is July 31.

New Delhi: The Delhi High Court on Monday granted more time to Central Bureau of Investigation (CBI) and AgustaWestland accused Christian Michel's lawyer to respond to the plea regarding phone calls being made by Michel.

Tihar Jail authorities had filed a petition in the court challenging the lower court's decision to allow Michel to make calls for 15 minutes against the permissible duration of 10 minutes.

The next date of hearing is July 31.

On March 18, the Delhi court had issued a notice to Michel, the alleged middleman in the Rs 3,600 crore VVIP chopper deal, and CBI on a plea of Tihar jail authorities challenging a trial court order allowing him to make international calls to his family, friends and, lawyers for 15 minutes per week.

A single judge bench of Justice Mukta Gupta had issued the notice and sought replies from Michel and the CBI after jail authorities alleged that the accused made calls on numerous numbers, thereby violating rules mentioned in the prison manual.

In January this year, a CBI special court had granted permission to Michel to make international calls to speak to his family, friends and, lawyers, giving him a 15-minute window for the purpose.

Michel, who was extradited from the UAE in December last year, is currently lodged in Tihar jail in connection with the CBI and Enforcement Directorate (ED) cases against him related to the AgustaWestland deal.

While CBI is probing his alleged role as a "middleman" in the deal, ED is investigating money laundering charges against him.