Development only way to win elections not caste-based politics: Amit Shah in UP 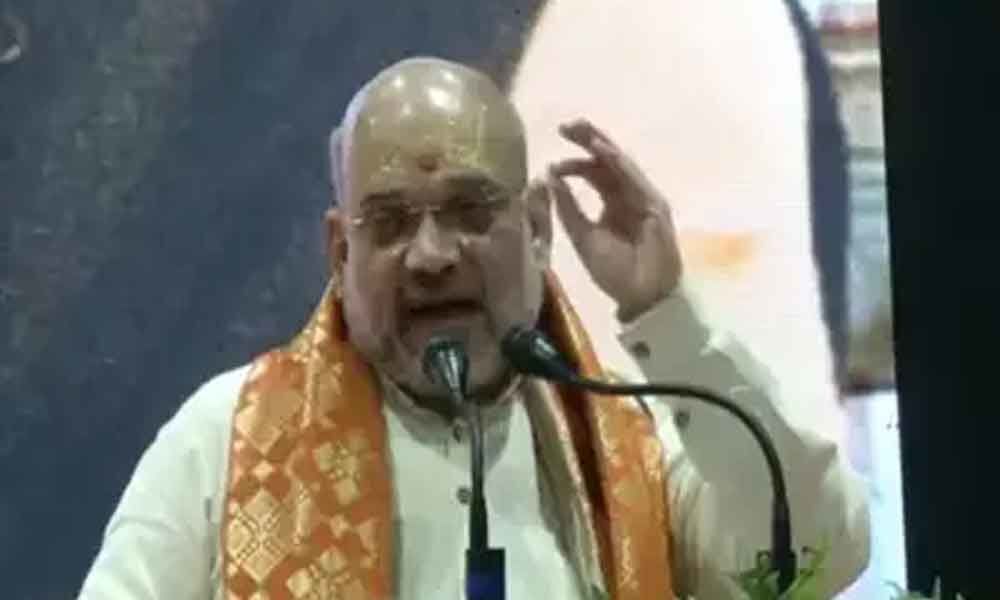 Of the 80 Lok Sabha seats in UP, BJP won 62 in the recently concluded elections.

Varanasi: BJP president Amit Shah on Monday said people have rejected caste-based politics in Uttar Pradesh and development is the only way to win elections in the state.

"Yogi (Adityanath) ji's government is working on the roadmap set by the BJP manifesto. (Narendra) Modi ji did detailed planning on the requirements of UP and included it in the party manifesto. People used to say that parties win elections in UP on caste-based politics but now development is the only way to win elections in the state," Shah said while addressing a public gathering here.

"We got 50 per cent vote share and it has been proved that Uttar Pradesh is a bastion of BJP. In the next five years, the state will be listed as most-developed," he said.

Of the 80 Lok Sabha seats in UP, BJP won 62 in the recently concluded elections. Two went to its ally Apna Dal while Samajwadi Party and Bahujan Samaj Party could garner 15 seats.

Shah was in Varanasi for Prime Minister Narendra Modi's first visit to his constituency after registering a massive victory from the Lok Sabha seat.

The BJP chief lauded Modi for the development works carried out him as the Chief Minister of Gujarat.

"When Modiji took oath as the Chief Minister of Gujarat, newspapers had written that Modi ji did not have experience of governance. Modi ji also said that he has no experience. Today, the world accepts him as the most successful Chief Minister in India," he said.

"Modi ji first became the MLA from Maninagar constituency and later the chief minister. Before that, he had never contested elections. And when he left Maninagar, it was the most-developed Assembly constituency in the country," Shah said.

"Modi ji contested from Vadodara and Varanasi seats in 2014. Without a second thought, he said he wants to continue as Member of Parliament from Kashi. There is a big difference between 2014 and 2019. You now have clean Ganga ghats and a smooth road from the airport. Overhead electric wires have been made underground among other developmental works," he said.

"Everything has been done with detailed planning in Kashi. You have witnessed only a glimpse of the development in Kashi in his first term. Now that you have given him another term, Kashi will become among the developed cities of the world," BJP chief added.