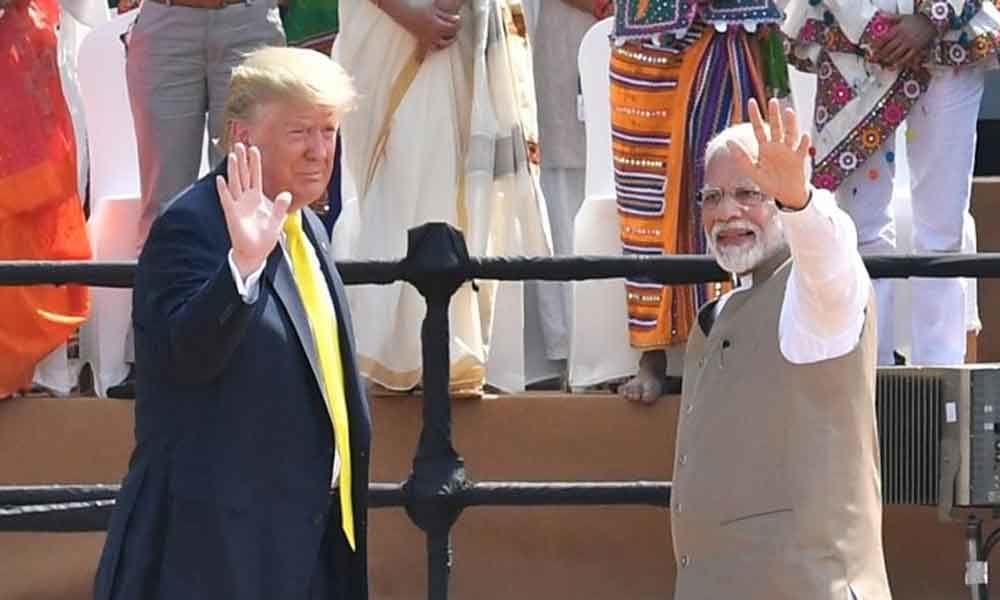 US President Donald Trump's first day in India on Monday was a cultural feast including a private family sunset visit to the Taj Mahal in the evening.

New Delhi: US President Donald Trump's first day in India on Monday was a cultural feast including a private family sunset visit to the Taj Mahal in the evening. Here's what his schedule for day two in the national capital is likely to be:

• President Trump and First Lady Melania would be given a ceremonial welcome at the Rashtrapati Bhavan in the morning.

• They will then, proceed to Mahatma Gandhi's memorial, Rajghat to pay homage to the 'Father of the Nation.'

• President Trump's Rajghat visit will be followed by a restricted and delegation-level talks between the US President and Prime Minister Modi at Hyderabad House.

The US President in his speech at the Motera stadium in the Namaste Trump event on Monday, announced that big ticket military deals including helicopters and other equipment worth over $3 billion will be inked on Tuesday.

The US is clearly seeking to develop ties with India keeping geopolitical developments in the region in mind, in a bid to check China's growing military and economic clout, fuelled by the expansionist policies of India's neighbour. President Trump and PM Modi are likely to focus on a number of bilateral and regional issues ranging from trade, investment, defence, security, counter-terrorism, H1-B visa problems, energy security, religious freedom and proposed peace deal with Taliban in Afghanistan.

Prime Minister Modi will play host at a lunch for President Trump in the afternoon, following which President Trump is scheduled to attend events at the US Embassy. These include a roundtable with industry representatives.

In the evening, the US president will attend a banquet hosted by President Ram Nath Kovind at the Rashtrapati Bhavan. President Trump is scheduled to leave later in the evening on Tuesday.