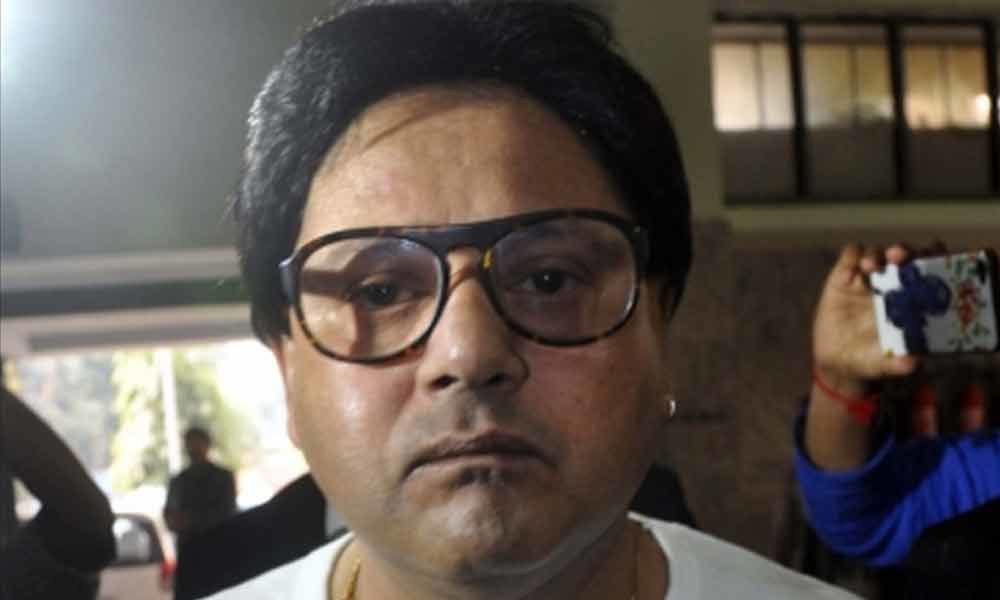 Paul, 61, is survived by his wife Nandini and actor-daughter Sohini, who he had gone to visit in the western metropolis late last month.

Grappling with neurological disorders and multiple other problems which had affected his speech and locomotion, Paul was admitted to the Holy Child Hospital on February 1 and put on ventilation support.

His condition improved, and the actor-politician was taken off the ventilator on February 6. However, he was put back on ventilation on Monday after his condition deteriorated suddenly. He breathed his last at 3.35 a.m. on Tuesday.

Apart from starring in a number of hit Bengali films, Paul was also the actor opposite who noted actress Madhuri Dixit marked her debut in Bollywood in the 1984 film "Abodh" directed by Hiren Nag.

Paul was elected to the Lok Sabha from the Krishnanagar constituency in 2009 and 2014. Prior to that, he became a member of the West Bengal Assembly twice in 2001 and 2006 by winning from Alipore in Kolkata.

Paul made a big bang entry into Bengali films, essaying the role of the protagonist -- a simpleton with a heart of gold -- in the evergreen romantic comedy "Dadar Kirti" (1980) directed by Tarun Majumdar.

It was the same year when Bengali cinema's greatest hero Uttam Kumar passed away. The huge box office success of "Dadar Kriti" and the soulful Tagore songs on his lips (playback by Hemanta Mukherjee) ensured the boy next door actor never had to look back, as he came up with memorable performances in lead roles of family dramas like "Saheb" (1981), "Bhalobasa Bhalobasa" (1985) and "Pathbhola" (1986). He was also feted for his role as a wrestler in Buddhadeb Dasgupta's "Uttara".

Armed with a refreshing smile and good looks, Paul portrayed the hero in a large number of Bengali films through the next two decades, including in blockbusters like "Parabat Priya" (1984), "Amar Bandhan" and "Anurager Choyan" (both 1986) and "Gurudakshina" (1987). "Khiladi" (2013) was his last film.

Paul won the Filmfare award in 1981 for his role in "Saheb", and was also given a special award by the West Bengal government in 2012.

However, the last few years of his life saw Paul land in several controversies.

In 2014, a video of his speech warning CPI-M workers to "beware" of him as he won't spare them "and destroy your entire clan" and "unleash my boys to rape your women" went viral, causing widespread outrage across the nation. Paul later issued a written apology, but his image had by then sustained immense damage.

He was also arrested by the Central Bureau of Investigation (CBI) on December 30, 2016, in connection with the multi-crore rupees Rose Valley Chit Fund scam, and got bail after remaining 13 months in prison.

Paul was plagued by failing health in the last two years of his life, as he almost became a loner, unsuccessfully knocking on the doors of producers and directors for an opportunity to return to films, while the Trinamool did not include him in its candidates' list for last year's Lok Sabha polls.

In a condolence message, West Bengal Chief Minister Mamata Banerjee said she was "saddened and shocked" to hear about his demise.

"He was a superstar of Bengali cinema who was a member of the Trinamool family," said Banerjee, recalling his role as a two-term Lok Sabha MP and two-term state legislator.

"Tapas served the people as a two-term MP and MLA. We will miss him dearly. It is an irreparable loss to the world of films and politics," she said.

Madhuri Dixit tweeted: "The loss of Tapas Paul who was one of the very first actors I have worked with is felt by many. May God bless and comfort his family during this difficult period."

Buddhadeb Dasgupta called Paul "one of the best actors of his generation", but regretted that he was not utilised properly.

Former Madhya Pradesh Chief Minister Shivraj Singh Chouhan tweeted in Hindi, "Sad news of the demise of Mr. #TapasPaul, a popular actor of Bengali films and former TMC MP. May God give the family the strength to bear this profound grief. Humble tribute!"