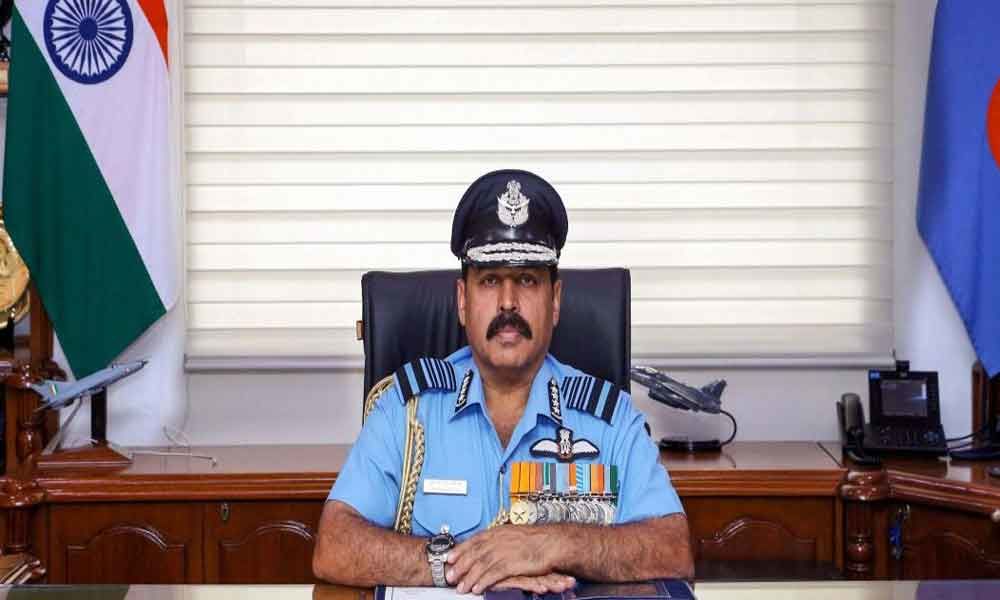 Indian Air Force Chief Air Chief Marshal RKS Bhadauria on Friday said that the government took a 'tough and bold decision to strike at the heart of...

NEW DELHI: Indian Air Force Chief Air Chief Marshal RKS Bhadauria on Friday said that the government took a "tough and bold decision to strike at the heart of terrorist training camps deep inside Pakistan" and added that "the Indian Air Force struck the target successfully".

"A year ago, the government took a tough and bold decision to strike at the heart of terrorist training camps deep inside Pakistan across the Line of Control. IAF successfully struck the chosen target. Pakistan Air Force responded 30 hours later with a large package of aircraft under Operation Swift Retort, and IAF ensured they were not able to hit targets. They were in a hurry to disengage. They were doing it for their domestic audience," the IAF chief said at the Centre for Air Power Studies here.

"We had an edge over Pakistan Air Force in terms of Beyond Visual Range Missile capability at the time of Kargil. We allowed that to slip and thereafter it took a decade and a half in our struggle to acquisition process to be able to get better capability," he added.

The IAF chief said that better capability will soon materialise with the induction of Rafale.

"It (better capability) will soon materialize with the induction of Rafale. In air engagement, especially in a deeply contested area, it is important to have a weapon's edge. Once we retain this edge, it is important that we don't allow to slip back this edge," he said.

Earlier, while speaking to ANI, the IAF chief said that the message of the Balakot airstrike was clear that there will be a robust response to a terror attack from across the border.

"The message is clear that it will no longer be a status quo, if there is an attack orchestrated from across the border there will be a response and it will be a robust one," the Air Chief told ANI.

The Chief of the Air Staff flew a sortie in MiG-21 of 51 Squadron with two Mirage-2000s and Sukhoi-30MKI from Srinagar airbase to mark the completion of one year of Balakot airstrikes.

60 colonies in Kurnool likely to be declared red zones

250 paddy procurement centres to be set up in Mahbubnagar

Ujjwala beneficiaries to get 3 free LPG cylinders in Suryapet...