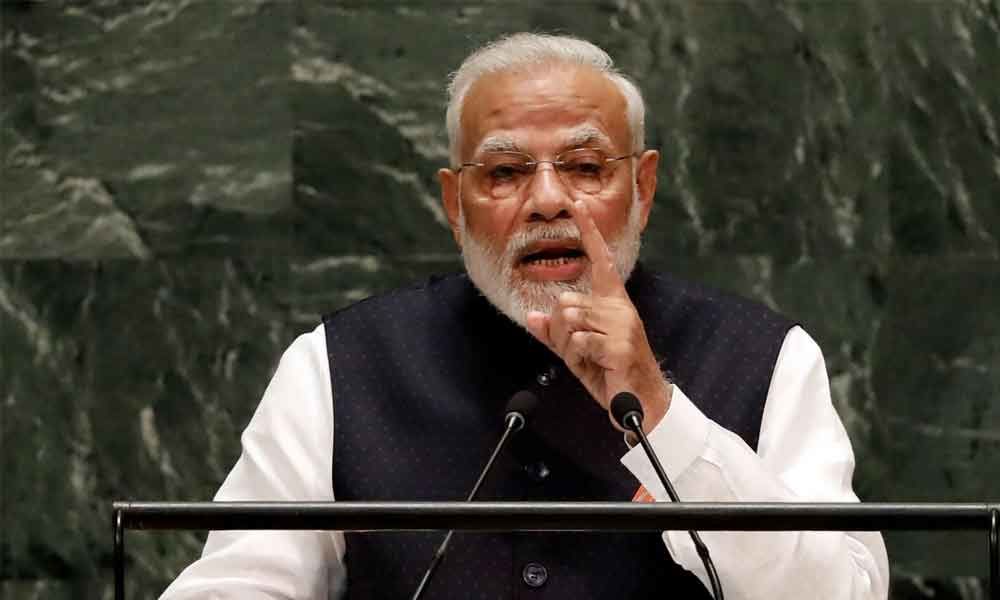 Prime Minister Narendra Modi on Monday said the country encourages hackathon to make life not only easy for Indians but also to find an Indian solution for global application.

Chennai: Prime Minister Narendra Modi on Monday said the country encourages hackathon to make life not only easy for Indians but also to find an Indian solution for global application.

Speaking at the prize distribution function of the Singapore-India Hackathon 2019 at the Indian Institute of Technology, Madras (IIT-M) Modi said an ecosystem is being created to encourage innovation and incubation.

According to Modi, India is trying to give exposure to the machine learning, artificial intelligence to its students as early as sixth grade.

Modi said the country encourages such hackathons, firstly to make life easy for the people of India. The other purpose is to provide Indian solutions for global application.

"This is our goal," Modi said.

Proposing hackathon events with the participation of the interested ASEAN countries with the support of Nanyan Technical University, Government of Singapore and Government of India, Modi said such event can find solution for reduction of global warming and climate change.

Modi said he had suggested a joint hackathon during his previous visit to Singapore.

He said while last year's hackathon held in Nanyan Technical University in Singapore and the focus was competition, this year each team has a member from both the countries thereby turning the event from competition to cooperation.

Modi also encouraged the visitors to visit the nearby UNESCO World Heritage Site Mahabalipuram/Mammalapuram famous for its stone carvings and stone temples.

Making a special reference to the South Indian delicacy idli, dosa, vada and sambar generally taken for breakfast, Modi said Chennai is known for its hospitality and is warmth.