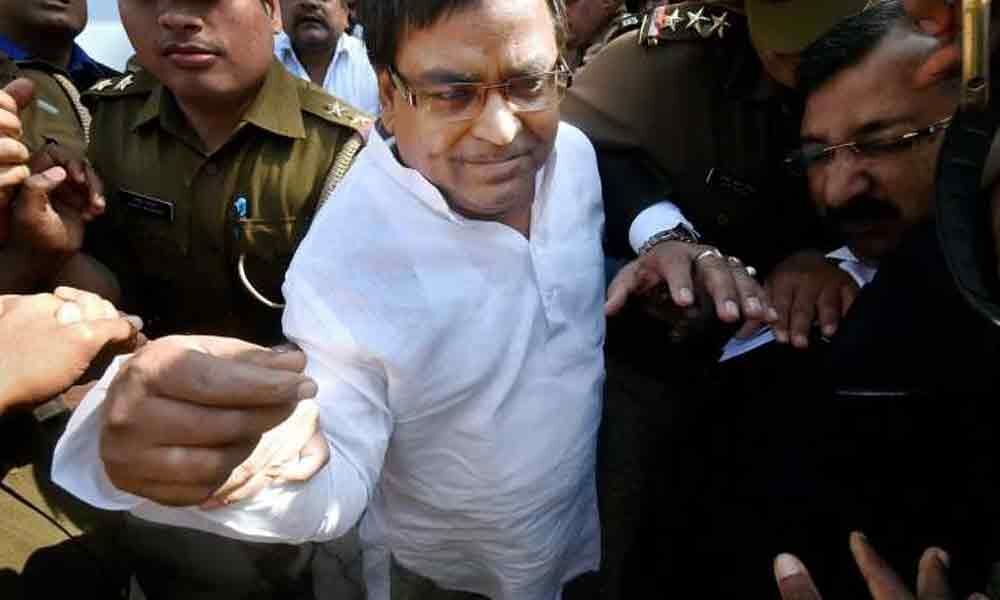 A senior ED official told IANS: "We questioned Prajapati under the Prevention of Money Laundering Act."

According to ED officials, Prajapati was questioned for over three hours at Lucknow's King George's Medical College.

Prajapati, who is in judicial custody in Lucknow Jail in an alleged gang rape case, was recently shifted to hospital after he complained of being unwell.

The official said that the agency questioned Prajapati about his role in giving three sand mining licences to Shiv Singh and Sukhraj in Fatehpur district of the state.

The official said that the agency suspects that the money generated from Shiv Singh and Sukhraj, the alleged beneficiaries of the licences, was used to buy properties in cities like Lucknow, Rae Bareli and Amethi.

The ED has taken the court's permission to quiz the former minister. The agency also plans to grill Prajapati's sons -- Anil and Anurag -- in the coming days to identify the money trail in the case.

The ED action comes a week after the Central Bureau of Investigation (CBI) filed a case against Prajapati and several IAS officers in a case of illegal sand mining in Fatehpur district between 2013 and 2014.

Last month, the CBI carried out searches at several properties owned by Prajapati in Amethi.