Incidents of terrorism has declined in the country: Government 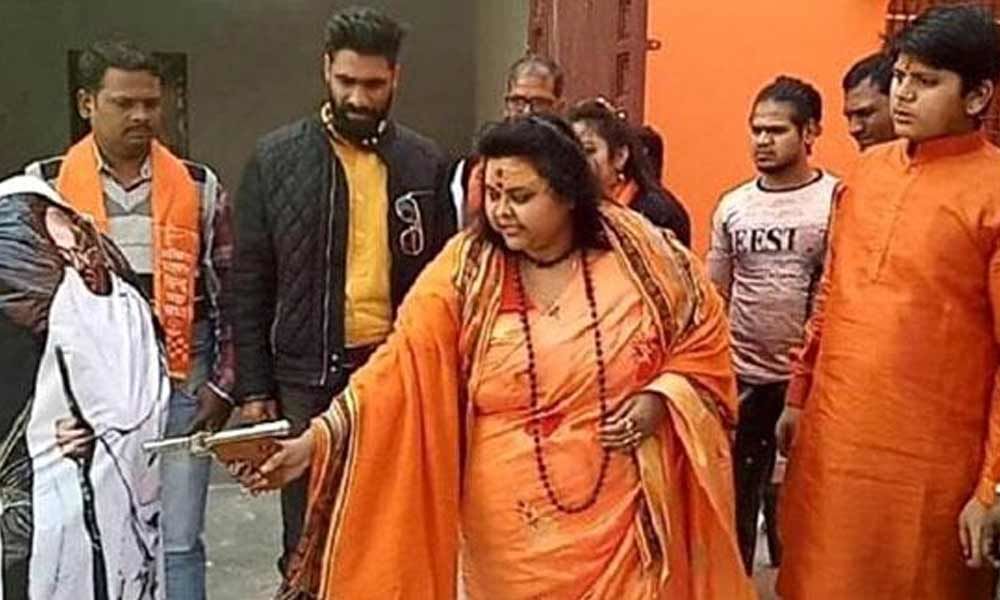 Stating the Centre has adopted "zero tolerance" towards terrorism, the Government on Tuesday said steps taken by it has resulted in decline in these incidents in the country.

New Delhi: Stating the Centre has adopted "zero tolerance" towards terrorism, the Government on Tuesday said steps taken by it has resulted in a decline in these incidents in the country.

The minister said between 2004-14, a little over 40 incidents of "Interland terrorism" took place.

In these incidents, 883 people were killed. Incidents of terrorism has declined in the country: Government

However, from 2014-19, four incidents of Interland terrorism took place in which 91 people were killed.

Of these four, three were Pakistan sponsored, he said.

The bill seeks to allow an individual suspected to have terror links to be designated as a 'terrorist'.

Stating that the entire world, including the big nations, were victims of terrorism, the minister said the steps taken by the government has resulted in decline in terrorism.

In order to put a check on terrorism, he said, "we have given a free hand to the security forces" and added that the in the northeastern states in the last five years there has been a decline in the insurgency-related incidents.

Due to the sustained effort of the government, the minister said, the situation has improved in the left-wing extremism affected states.

Under the Act, an investigating officer is required to obtain the prior approval of the Director-General of Police to seize properties that may be connected with terrorism.

The Bill adds that if the investigation is conducted by an officer of the National Investigation Agency (NIA), the approval of the Director-General of NIA would be required for seizure of such property.

Under the Act, investigation of cases may be conducted by officers of the rank of Deputy Superintendent or Assistant Commissioner of Police or above.

The Bill additionally empowers the officers of the NIA, of the rank of Inspector or above, to investigate cases.

Participating in the discussion, Manish Tewari (Congress) said in this country false propaganda is being spread that the law was a solution to all the problems.

The solution to the problems, he said, was through political initiatives and not strict laws. Opposing the proposed amendments, Tewari said tough laws were "often misused than used". He also recalled how the demand for diluting POTA (Prevention of Terrorism Act) was raised by the NDA allies during the Vajpayee regime. Tewari said there was no justification in allowing officers of the rank of NIA inspectors to investigate cases while similar powers were available to Deputy Superintendent of Police in other laws.

He further said that there were hardly any lone wolf type attacks in the country to justify the provision of declaring individuals as terrorists. On the other hand, he added, it was the organisation which provide logistic and financial support to terrorists and deserved to be banned. He also warned that six months from now there could be a debate in Parliament on misuse of the UAPA. Meenakshi Lekhi (BJP) said the amendment bill is dedicated to the people who have sacrificed their lives defending the sovereignty and integrity of the nation. Moreover, she added, most of the provisions in the amendment bill were of the technical nature and aimed at removing technical glitches.

Responding to the opposition charge that the bill was being too harsh, Lekhi said, "fear of law should be there in the minds of those who want to harm the country." She further said that amendments were being made in pursuance of the international treaty obligations. It was essential to designate terrorists as such and block their sources of funding, she said, adding it is people who make an organisation. Her remarks that the earlier Congress government came up with these kinds of restrictive laws after DMK started talking about ceding from India following the Indo-China war evoked sharp reaction from the members.

D Ravikumar (DMK) said that late Chief Minister M Karunanidhi and DMK had collected funds for the central government and their leader was for unity and integrity of the country. YSRCP member K G Madhav Reddy said that giving powers to NIA DG to attach properties without the consent of the state amounted to "encroachment of the powers of state government... an insult to the state, our chief minister and people." He demanded that the state governments be informed in advance about the action being taken by the NIA to deal with terrorists and that also nothing should be done for political reasons.