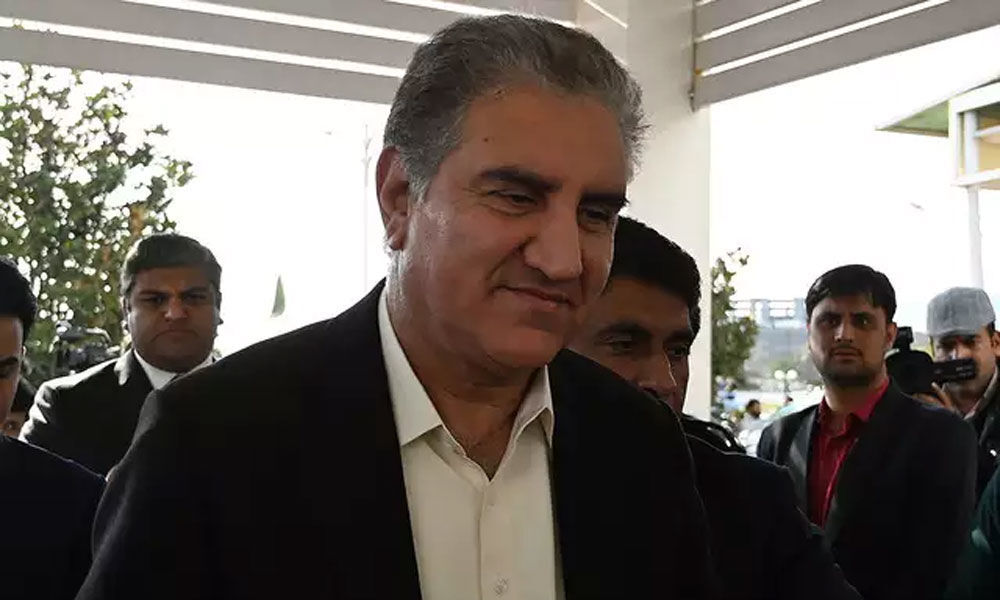 China said on Monday that tensions between India and Pakistan following the Pulwama terrorist attack would figure in the first strategic dialogue between Foreign Minister Wang Yi and his Pakistani counterpart Shah Mehmood Qureshi on Tuesday.

China said on Monday that tensions between India and Pakistan following the Pulwama terrorist attack would figure in the first strategic dialogue between Foreign Minister Wang Yi and his Pakistani counterpart Shah Mehmood Qureshi on Tuesday.

Qureshi is visiting China, days after Beijing for the fourth time blocked a bid in the United Nations (UN) Security Council on Wednesday to designate Pakistan-based chief of Jaish-e-Mohammed terror group Masood Azhar as a "global terrorist" by putting a technical hold on the proposal, a move India termed as disappointing.

The JeM has claimed responsibility for the February 14 Pulwama attack that left 40 CRPF personnel dead and raised tensions between India and Pakistan.

The proposal to designate Azhar under the 1267 al Qaeda Sanctions Committee of the UN Security Council was moved by France, the UK and the US on February 27.

"As neighbour, China would like to see easing of tensions between the two. We would like to see the two countries continue to engage in dialogue for the peace and stability of the region," Chinese Foreign Ministry spokesman Geng Shuang told a media briefing here.

"I believe the issues causing regional tensions will be discussed," Geng said.

To another question whether the issue of listing of Azhar would figure in the talks specially in the backdrop of Chinese Ambassador to India Luo Zhaohui expressing confidence that it would be resolved, Geng said, "well I can't prejudge the topics" that are going figure in the talks.

"But they will discuss issues of bilateral, regional and international issues of mutual concern," he said.

As per listing of Azhar, "China will continue to deal with the issue with a responsible and constructive manner and will maintain close communication with all parties, including India and Pakistan," he said.

Lu on Sunday exuded confidence of resolving the sticky issue of designating Azhar as a global terrorist through consultations.

"I am quite sure this matter (listing of Azhar by the UN) will be resolved. This is only a technical hold and the matter can be resolved through continued consultation," Luo said on the sidelines of an event at the Chinese embassy.

According reports in the Pakistani media, Qureshi, during his three-day visit to China will hold comprehensive discussions on the entire range of bilateral relations, including the China-Pakistan Economic Corridor (CPEC).

Both sides will also discuss the regional situation and cooperation at multilateral fora.

Qureshi will also address the Political Parties Forum on the CPEC and participate in the ruling parties' dialogue between the Pakistan Tehreek-i-Insaf and the Communist Party of China. He will also call on the Chinese leadership, the reports said.

The CPEC, which connects Gwadar Port in Balochistan with China's Xinjiang province, is the flagship project of Chinese President Xi Jinping's ambitious Belt and Road Initiative (BRI). India is opposed to the project as it passes through Pakistan-occupied Kashmir.

"We welcome this interaction. Hope this can further ease tensions between both sides and improve regional situation. India and Pakistan are neighbours and always live with each other," he said.

Good relations between both will serve the interest of both and common aspirations of the international community, he said.

"We hope the two sides continue to show goodwill meet halfway, resolve difference through dialogue and uphold regional peace and stability together," he said.

Asked whether Chinese Vice Foreign Minister Kong Xuanyou who recently visited Pakistan would visit India also, Geng said "as far as I know China and India maintain communication at various levels. So if there such a visit we will release the information in a timely manner.