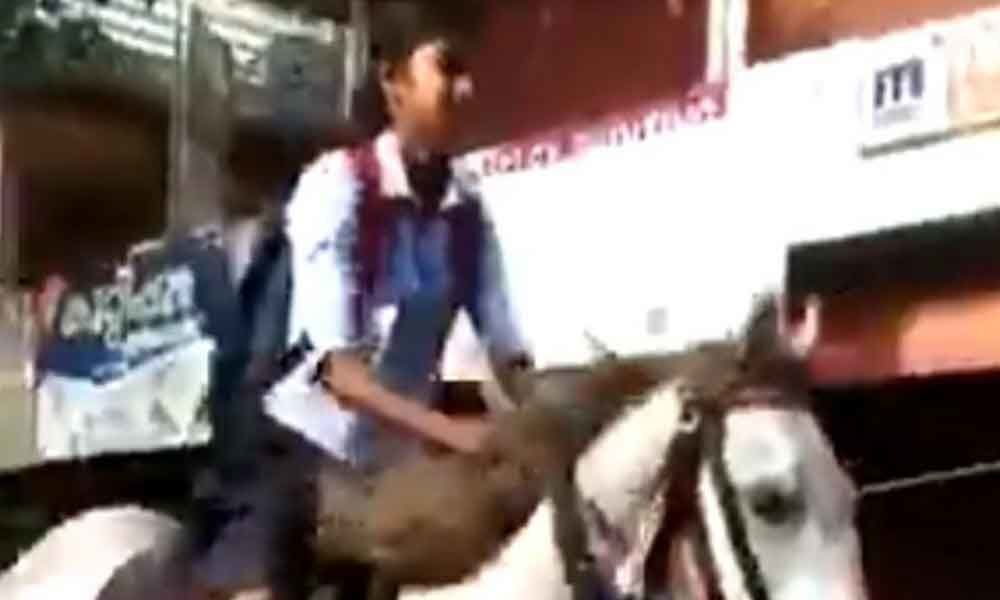 Krishna also revealed that she started horse riding when she was in Class 7.

Thrissur: The teen who recently took social media by storm after a video of her riding a horse in a school uniform went viral, revealed that the video was of the day when she was going for her last Class 10 board examination.

Krishna, a resident of Thrissur district, had taken up horse riding as a hobby and after years of practicing got well-versed in the craft, so much so that she sometimes rides it to school.

Speaking to ANI, Krishna said, "I do not go daily on horses. Only on some special days, or when I get bored or on some exam days also, I ride on a horse to school. If you ask me what was special on that day that was the last day of my 10th standard board exam."

Krishna also revealed that she started horse riding when she was in Class 7.

"One of my friends said that riding horse isn't that easy and it's not possible for a girl to do that. He said it's only possible for women like "Jhansi Ki Rani". So I thought why not a normal girl can ride a horse," she says.

This video clip from my #whatsappwonderbox shows how a girl student is going to write her Class X final exam in Thrissur district, Kerala. This story made my Sunday morning brew of @arakucoffeein taste better! After all, ARAKU coffee is about #cupofchange #GirlPower @NanhiKali pic.twitter.com/45zOeFEnwV

Her father had later brought her a small white horse, which helped her get better training and gain more control over the animal.

The girl has earned a lot of praises on social media, her latest fan being business tycoon Anand Mahindra.

"Does anyone in Thrissur know this girl? I want a picture of her and her horse as my screen saver. She's my hero..The sight of her charging to school filled me with optimism for the future..." he had tweeted earlier this week.