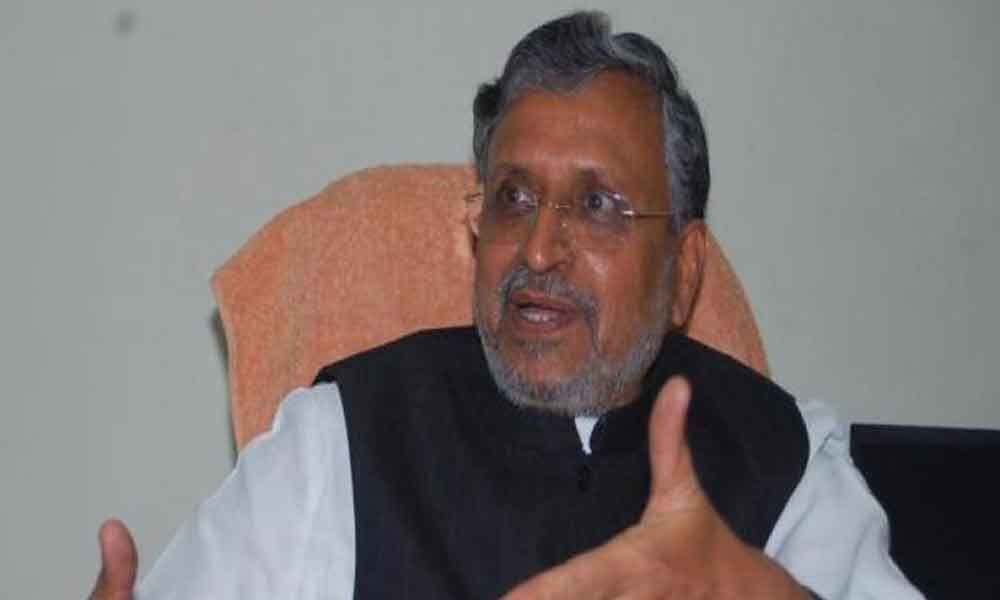 "After Jharkhand High Court convicted Lalu in a fodder scam case in November 2014, CBI went to Supreme Court to challenge the decision. Lalu Yadav sent his messenger Prem Gupta to Arun Jaitley to seek his help. Lalu's aide attempted that CBI should either not file an appeal or if it does file it, the probe agency must not oppose Lalu's applications in the case," he said during a press conference here.

Modi further claimed that the RJD leader offered to topple the Nitish Kumar government in exchange for help from Jaitley.

"Arun Jaitley, however, clearly told him that CBI is an autonomous body and he cannot do anything about it," he added.

Bihar Deputy CM Sushil Modi: When CBI went to SC, Lalu sent his messenger Prem Gupta to Arun Jaitley, asking to not let CBI appeal to the SC in the case. He said that if they get help '24 ghante mein Nitish Kumar ka ilaaj kar dunga'. 2/3 pic.twitter.com/7PVCbaH8Zp

Modi also said that Gupta met with other senior BJP leaders to seek bail for Lalu.

Bihar Deputy CM Sushil Modi: When Jharkhand High Court gave the verdict in favour of Lalu Yadav that there is no need for a trial in other cases related to fodder scam, CBI went to SC challenging this decision. 1/3 pic.twitter.com/QiDpXsgWm1

"Lalu Prasad is a person with no do's and don'ts and can go to any limit to get his work done. He criticises BJP and RSS all the time but doesn't have a problem in taking their help," said Modi.

The Deputy Chief Minister of Bihar also alleged that the ticket distribution was handled by Lalu, despite him behind the bars.

"RJD supremo who is in jail is still trying to affect the politics of Bihar. In the distribution of ticket, he handled everything from the hospital (under custody)," said Modi.

On Tuesday, Modi had announced that he would file a defamation case against Congress president Rahul Gandhi for his "all thieves have Modi in their surnames" comment.

"I will file a defamation case against Rahul Gandhi in Patna High Court within two days," Modi had told reporters in Patna.