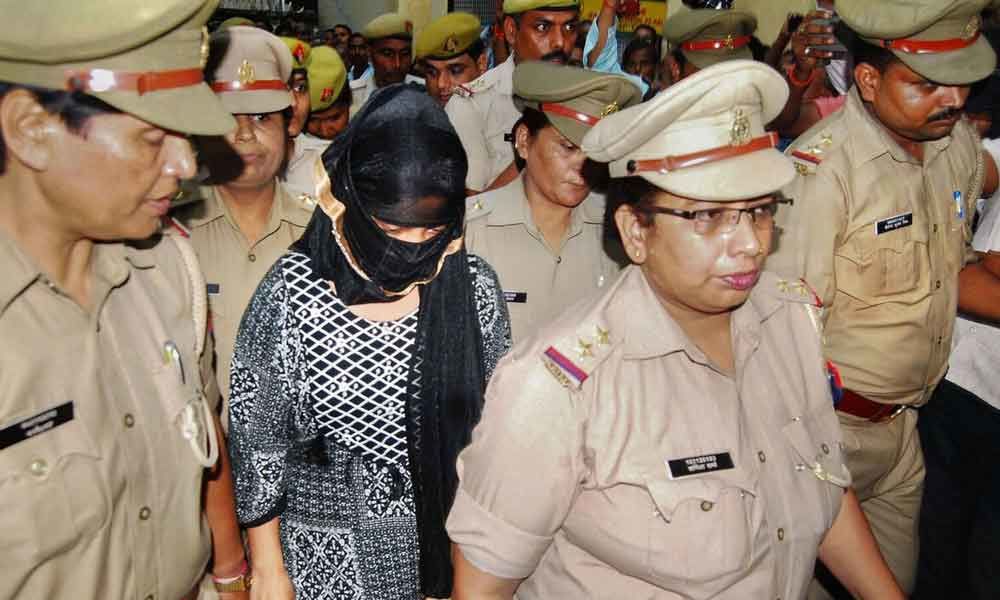 A law student who has accused the BJP's Chinmayanand of rape and blackmail spent five hours at a court in Uttar Pradesh as she gave her statement.

Shahjahanpur: A law student who has accused the BJP's Chinmayanand of rape and blackmail spent five hours at a court in Uttar Pradesh as she gave her statement.

The 23-year-old was escorted by more than 50 policemen and woman cops to the court in Shahjahanpur, her face covered by a black dupatta.

The woman, a second year student at a law college in Shahjahanpur run by Chinmayanand, has accused the former Union Minister of sexually assaulting her for a year.

But despite her written testimony, the UP police are yet to charge him with rape.

The allegations surfaced when the woman went missing on August 24 after putting up a Facebook post, without naming Chinmayanand. Her family accused the senior BJP leader of kidnapping her.

The woman, tracked down by the UP police six days later, reportedly shared her account in a closed hearing at the Supreme Court, which ordered a Special Investigation Team of the UP police to inquire into her charges.

Sources say in a 12-page written complaint to the Delhi Police, the woman has described what she alleges was a year of sexual assault, blackmail and threats. The Delhi police has forwarded this complaint to the Uttar Pradesh police.