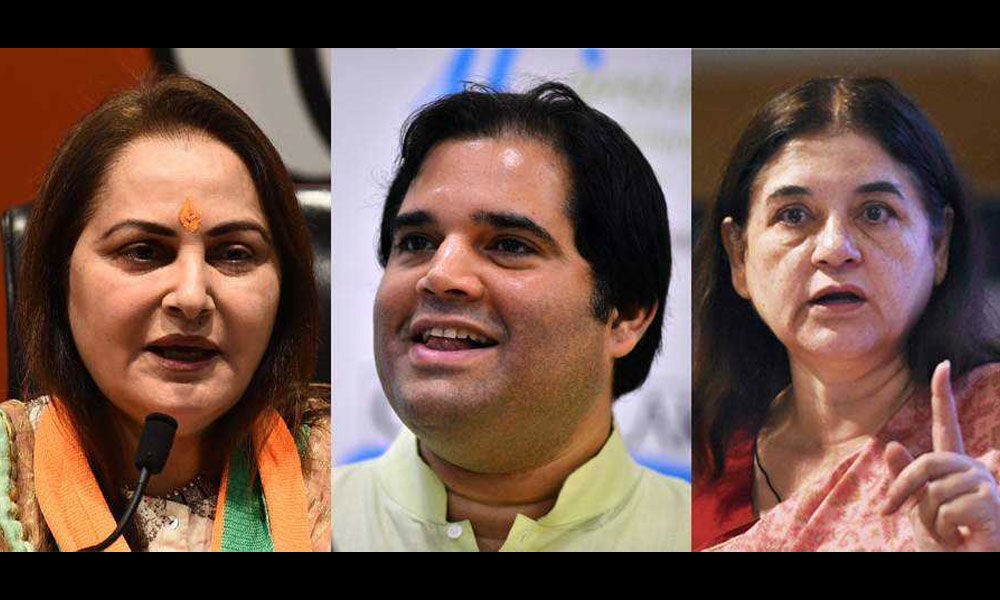 The party has not given the ticket to veterans like L K Advani, B C Khanduri and Kalraj Mishra among others.

BJP general secretary Arun Singh announced that Union minister Manoj Sinha has been fielded from Ghazipur, a seat he had won in 2014, and UP government ministers Rita Bahuguna Joshi and Satyadev Pachauri from prestigious Allahabad and Kanpur seats respectively.

Joshi, 85, had won from Kanpur in 2014 but was told by the party leadership that he would not be fielded in the coming elections.

The party has not given the ticket to veterans like L K Advani, B C Khanduri and Kalraj Mishra among others.

Actor-politician Jaya Prada was fielded from Rampur hours after she joined the party Tuesday. UP BJP president Mahendra Nath Pandey has been repeated from Chandauli, Singh said.

Maneka Gandhi will contest from Sultanpur and Varun Gandhi from Pilibhit. The BJP also announced its 10 candidates from West Bengal.