Mayor vouches for the quality of food at Indira canteens 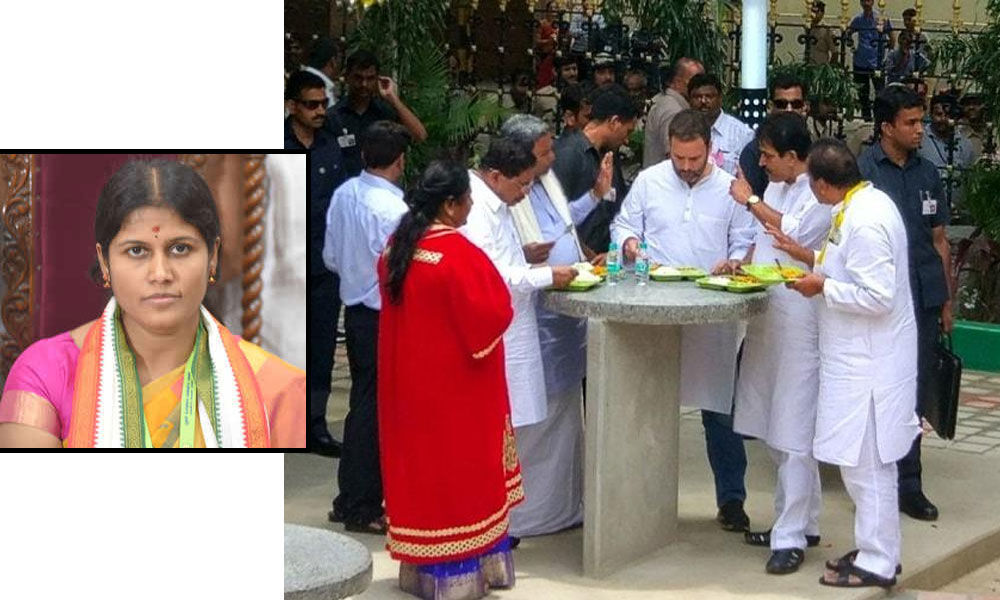 A BBMP food analyst, had produced findings of the test results of Indira Canteens samples from two laboratories.

BENGALURU: On Tuesday in the city, the Mayor Gangambike Mallikarjun, two of her predecessors and a few corporators had vouched for the quality of food being provided at Indira Canteens by putting up a stout defence.

A BBMP food analyst, had produced findings of the test results of Indira Canteens samples from two laboratories, and contested the claims which were made by BJP corporator Umesh Shetty on Monday.

"Indira Canteens were started to cater to poor people who can't afford quality food at cheaper prices and it is a hit in Bengaluru. BJP corporator Shetty has tried to politicise the issue in the wake of the upcoming Lok Sabha elections. Nobody knows when Shetty took the samples and submitted them to the labs. Besides, Ramaiah advanced testing laboratory, where Shetty claimed to have got the tests done, is not authorised to conduct such tests under Food Safety & Standards Authority of India (FSSAI). Hence, Shetty's claims are not authenticated," claimed Gangambike.

Gangambike further made an appeal to the citizens by asking them to not fear, as the food supplied at India Canteen is fit for consumption. She claimed that, a BBMP food analyst had taken samples from the Indira Canteens in two wards of Mahadevapura assembly constituency recently and found them to be satisfactory. Further on March 7, the report authenticated that the samples sent for analysis conformed to the FSSAI standards.

Manjunatha Reddy and G Padmavathi, the Former Congress mayors had said that, Shetty was trying to create fear and panic among poor people who were dependent on Indira Canteens for the quality of food.