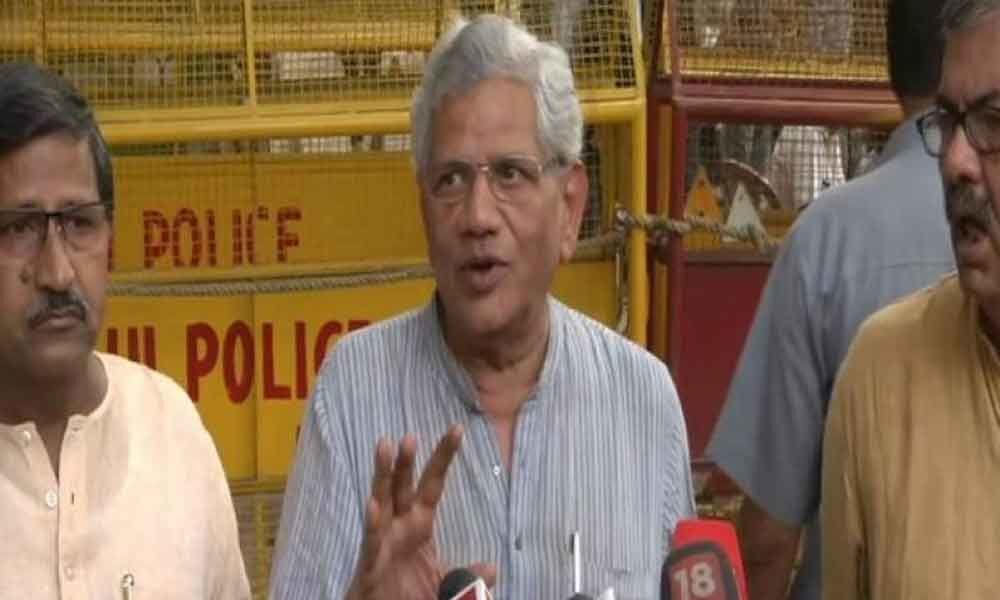 Mumbai: A Mumbai court on Tuesday issued a bailable warrant against Sitharam Yechury after he failed to appear before it, in a case related to alleging RSS for Gauri Lankesh's murder.

After issuing the warrant against the Communist Party leader, the Mumbai metropolitan court posted the matter for hearing on April 30.

The Communist leader had alleged that it was the RSS's ideology and men who had killed journalist Gauri Lankesh.

Lankesh was shot dead outside her home in Bengaluru in September 2017, sparking off protests across India.

Joshi claimed that these statements slandered the RSS, and therefore a case of criminal defamation under IPC section 500 be registered against Yechury and Gandhi.

Rahul Gandhi, through his lawyer, asked for inquiry against Mumbai's Dadar post office, claiming he hasn't received the summons yet, as a result of which the court granted him exemption till the next date of hearing.