New age India needs a new look at the Constitution 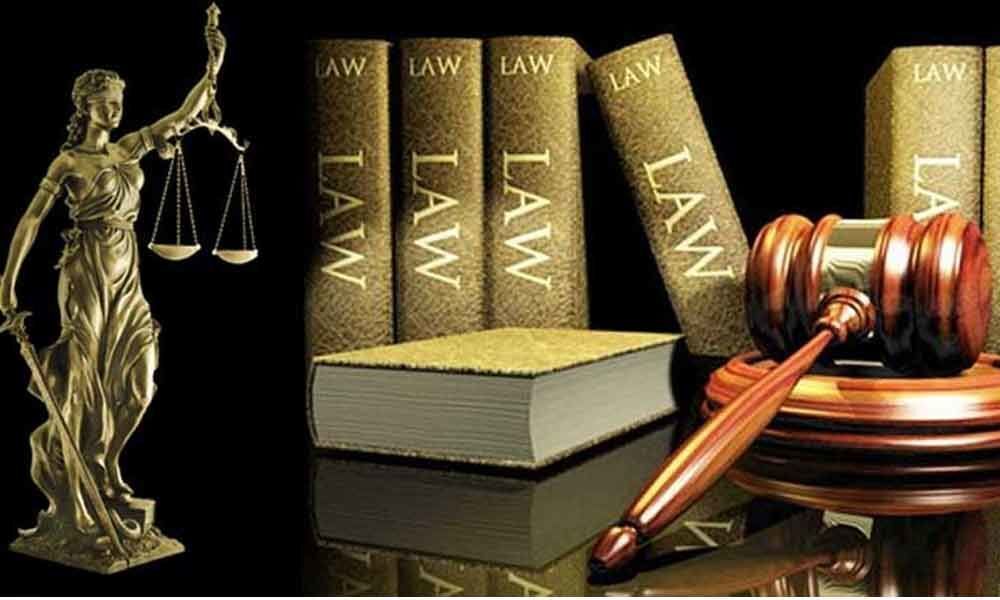 Time flies and at the same time the hopes and aspirations of people.

Time flies and at the same time the hopes and aspirations of people. Since Independence the country has experienced many ups and downs. The Constitution of India so far fairly stood the test of time. The reason for its success is not far to seek.

The Constitution has readily adapted to the likings of the people. After all, the people have made and given to themselves! So, there is nothing wrong in maintaining, repairing, over hauling , recasting or even discarding the Constitution if the people, the makers of this legal machine desire so.

In any democratic set-up, elections hold the key. They are not only inevitable but also the quintessential for the country to survive as a vibrant democracy.

The outcome of elections reveals the mood and expectations of the people. Recently concluded general elections are no exception to this.

A cursory look at the results is enough to conclude that a vast majority of the people subscribe to the ideology of the Bharatiya Janata Party (BJP).

The ideology of BJP stems from the erstwhile Jana Sangh and Rashtriya Swayam Sewak Sangh (RSS). There can be no dispute over this fact.

In other words, the people's verdict is for all that has been shouted from the rooftop by the leaders of Jana Sangh and RSS. There can be no dispute about this.

Left and fundamentalist Muslim and Christian parties and their front organisations too, have their own ideologies and rightly so. Had they been voted to power, they too would have implemented the tenets of their ideologies in right earnest.

Look at the results of Kerala and Hyderabad constituency where minority leaders have been elected. In other words, there has been polarisation of votes on the basis of ideologies.

There is absolutely no gain saying that the BJP has been voted to power solely on other issues like Balakot, Jan Dhan, Mudra, Arogya etc, and Muslims or Christians have been elected from their respective vote banks due to the failures of Modi government in last five years.

Therefore, let us shed hypocrisy and learn the writings on the wall. The recent verdict reflects the majority's dream of declaring the country as a Hindu Rashtra first.

By doing so, no heavens will fall on minorities. The benefit of all government schemes will continue to be available to all the people irrespective of their religions, but by doing so, a historical wrong committed at the time of partition would be rectified.

It will assuage the feelings of the vast majority of the people that makes India which feels that injustice was done in 1947 by not declaring India as a Hindu Rashtra.

Pandit Nehru's ambition to be a world leader acted as an obstacle to rendering justice to the Hindus of India because he feared that by siding the Hindus, he would invite wrath of the big powers and powerful Islamic nations.

True, Narendra Modi too, has attained the stature of a world leader, but that should not deter him to implement the people's mandate and declare India as the Hindu Rashtra by providing confidence building provisions for minorities in the Constitution.

This apart, stringent provisions should be made to deal with ant-national elements and those who lower the prestige of the country.

Besides, the provisions to bridle irresponsible leaders who nurture secession and who do not recognise and respect even the Constitutional heads should also be incorporated in the Constitution.

Answering the short question whether a prisoner who has been granted conditional bail can indefinitely be kept in jail for his inability to fulfil the condition of producing a registered surety and that too when he is unable to produce a registered surety for reasons entirely beyond his control, a bench of the Supreme Court comprising Justice Indira Banerjee and Justice Sanjeev Khanna directed the trial court to consider modifying the earlier orders passed in the bail plea of the petitioner without insisting on registered surety.

In this case, the Chief Metropolitan Magistrate of Kolkata had granted bail to one, Wasim Ahmed on condition of producing registered surety. He had approached the apex court directly against this order due to advocate strike in West Bengal.

It was contended before the court that the petitioner was a resident of Nagpur and was not in a position to furnish any registered surety. It was also submitted that the petitioner's mother was critically ill, for which he had to go home.

No full benefits if inquiry is pending

The full bench of Allahabad High Court has held that a government servant is not entitled to full pension /death-cum- retirement gratuity on/or during pending disciplinary/judicial proceedings against him.

Considering a reference on the subject in a batch of writ appeals, the court upheld a division bench judgement and observed that future good conduct is implied condition of the grant of pension and added, full pension is not to be given as a matter of course unless the service rendered has been thoroughly satisfactory.

The full bench also held that Article 351 and/or 351A can be invoked by the State government or the Governor as the case may be, if the pensioner be convicted of serious crime or be found guilty of grave misconduct or is found to have caused pecuniary loss to the government.

However, provisional pension equal to maximum pension as mandated under Article 919A may be sanctioned to a government servant for the period up to conclusion of the proceedings, the full bench added.

Picture does not speak a thousand words

Dismissing an appeal filed by the husband against the decree of divorce granted by a trial court on the ground of cruelty, the division bench of Kerala High Court comprising Justice A M Shaffique and Justice N Anil Kumar, discarding the evidence of photographs in a bid to prove that the couple had been leading a happy married life, the bench observed:

But that by itself does not mean that the couple was leading a happy married life, and there was no demand for patrimony."

Apparently irked at the 'unprecedented, crude and barbaric' police action in the Howrah District Sadar Court premises, the Calcutta High Court has appointed former judge of the same court, K J Sengupta, as one-man Commission to enquire into the whole incident.

The incident occurred on April 24 when some police personnel allegedly entered into the court premises and assaulted lawyers.

"The sovereign preserve of a sacred institution under our Constitution and one of the three pillars of democracy- the Judiciary – witnessed helplessly, violation of its sanctity, dignity and majesty, by an unprecedented , crude and barbaric action of some utterly insensitive members of the police force of the State of West Bengal, who by such action, violated its sacred space and preserve without obtaining any sanction or authority from the district Judgeship of Howrah or the High Court."

The Court also directed the State government to ensure that in future, no police personnel unless specifically called for, either by the High Court or the concerned District Court shall enter into any court premises except under extreme emergency situation that is likely to cause imminent danger to the sovereign preserve of the judiciary as an indispensable democratic institution. Indeed, such a situation needs all-round condemnation .

Both the police or the executive and judiciary are two of the three important pillars of our democracy and any transgression of their powers should be avoided at any cost in order to retain the sanctity of these institutions.