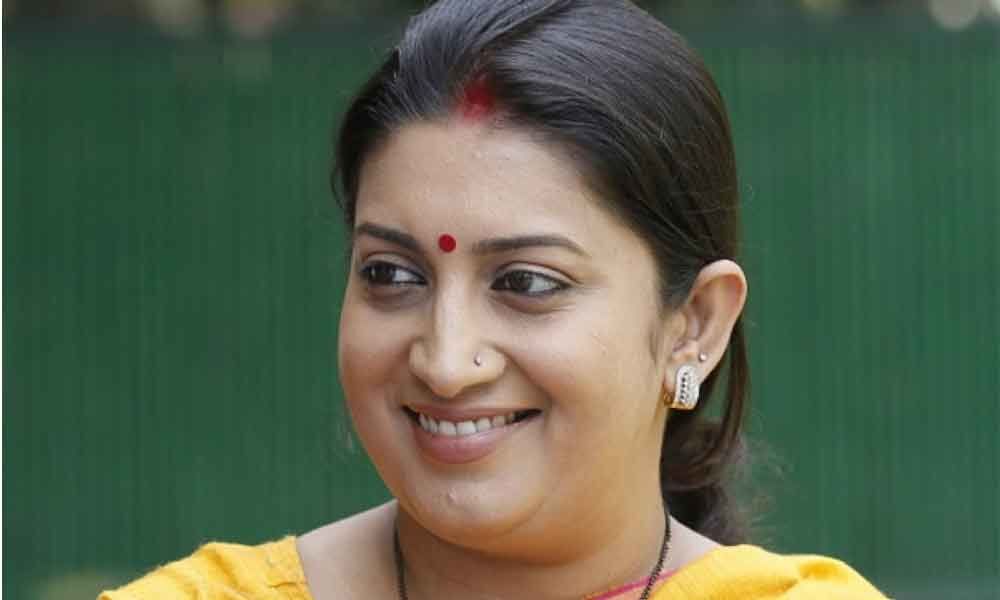 The BJP leader on Friday won the Amethi parliamentary seat with a margin of 55,120 votes. Irani polled a total of 4,67,598 votes.

Amethi: Buoyed by her win against Congress President Rahul Gandhi in his home turf, Union Minister Smriti Irani said that it's a 'new morning' for Amethi.

"It's a new morning for Amethi, a new determination. Thanks, Amethi, my obeisance. You put your trust in development and let the lotus bloom. Thankful to Amethi #PhirEkBaarModiSarkaar #VijayiBharat," tweeted Irani.

Talking to ANI, she said, on one hand there was a family while on the other there was an organisation which works as a family.

"On one hand there was a family and on the other an organisation which works like a family. The credit goes to the organisation and its workers and to the workers who died in Kerala and Bengal. I dedicate my victory to their families," she said.

The BJP leader on Friday won the Amethi parliamentary seat with a margin of 55,120 votes. Irani polled a total of 4,67,598 votes.

Amethi is considered a stronghold of the Congress party since years. Gandhi has been winning on the seat since 2004. Despite the poor performance of the party in 2014 general elections at the Centre, the Congress president had defeated Irani on the seat with a margin of 1,07,903 votes.