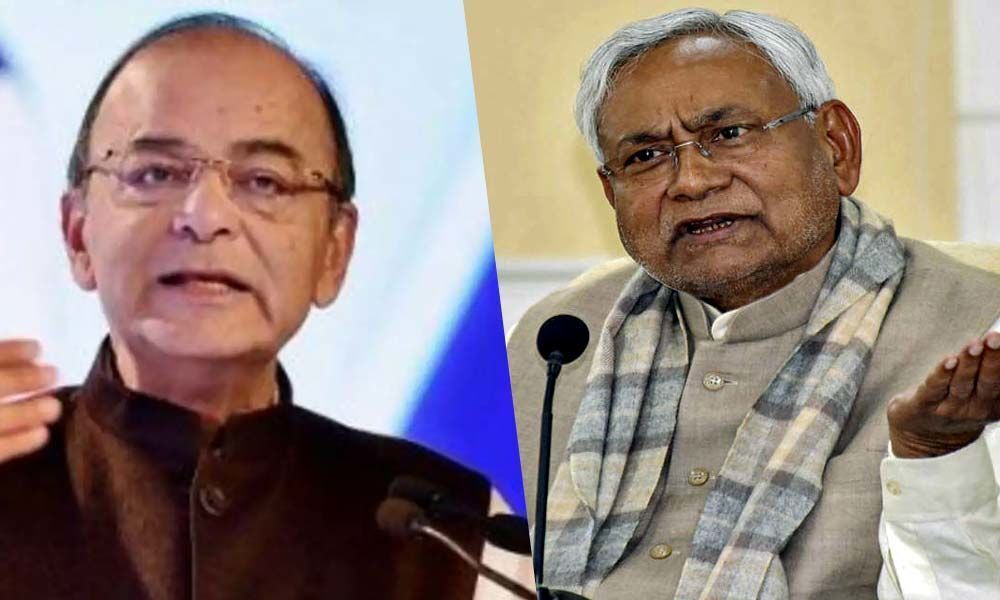 Patna: Bihar Chief Minister Nitish Kumar on Saturday expressed profound grief over the demise of former Union minister Arun Jaitley. In his condolence message, Kumar called the departed leader a man of "amazing talents" who "held many important ministries at the Centre" besides being "an acclaimed jurist" who "discharged his numerous responsibilities with great efficiency." Jaitley died at AIIMS, New Delhi on Saturday after a prolonged illness.

"He attained great heights in his political life while strictly adhering to values and ideals and was respected by people cutting across political affiliations. I had a personal friendship with Jaitley and am shocked by his death. His demise is an irreparable loss," Kumar said in a moving tribute. The state government also announced a two-day state mourning to condole the death of the former Union minister.

Sources said Kumar is also expected to leave for the national capital in the evening to pay his respects to Jaitley, one of his closest friends in the BJP who had played an instrumental role in bringing the JD(U) chief back into the NDA. The Chief Minister had visited New Delhi a week ago and visited the AIIMS to enquire about the wellbeing of Jaitley, whom he has known since his days as a member of the Atal Bihari Vajpayee cabinet.

Union minister Giriraj Singh, who was supposed to address a number of functions at his Lok Sabha segment of Begusarai, cancelled all the engagements and said he was returning to New Delhi to pay respects to the departed leader. In his condolence message, Singh said "BJP workers of Bihar had a close affinity with Jaitley.

He was the party's in-charge for the state for over a decade. I too had a personal friendship with him. On the floor of the House, he came across as a fierce debater capable of demolishing the opposition. He also had an uncanny knack of getting along with media persons of all hues".