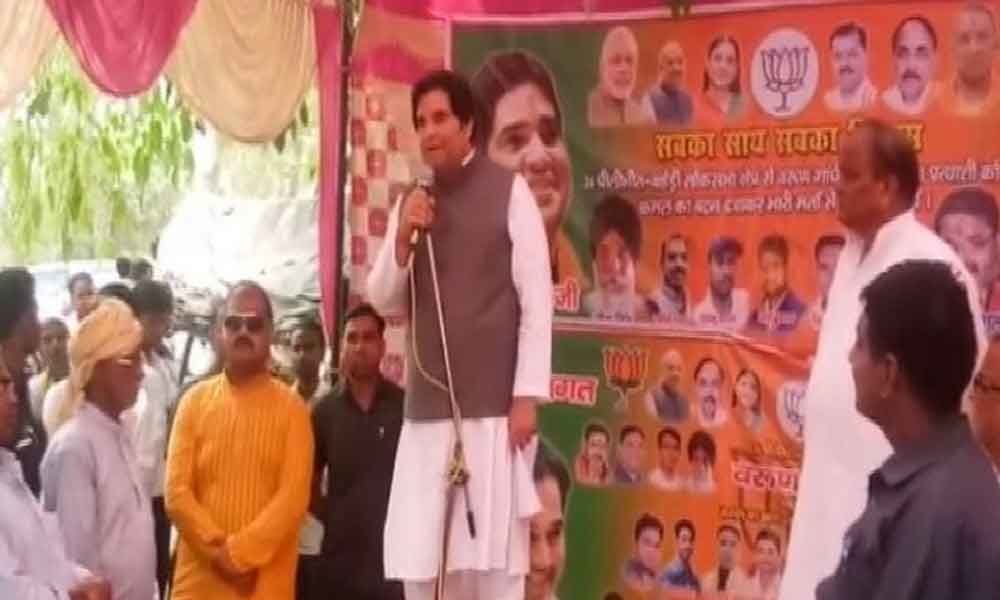 He also said Prime Minister Modi is living for the country and would die for it as well as he has no other agenda.

Pilibhit: BJP leader Varun Gandhi on Sunday heaped praises on Prime Minister Narendra Modi, stating that no Prime Minister brought glory to India like Modi, including those belonging to his family.

Addressing a public gathering, Varun, who is also the grandson of former Prime Minister Indira Gandhi, said, "Vajpayee ji was from a normal family but had never seen abject poverty. Modi ji is from an economically weaker family. Honestly speaking, some people of my family have also been Prime Minister but the honor that Prime Minister Modi has brought to the country hasn't been seen in long past."

He also said Prime Minister Modi is living for the country and would die for it as well as he has no other agenda.

"In five years, Prime Minister Modi has not a single accusation of corruption. There are no corruption charges on him. For whom would he do corruption when he has no one else in his family? This person is only living for the country and would die for the country. He is only worried about the country," he said.

Varun, who is an incumbent MP from Sultanpur constituency, is contesting the impending Lok Sabha polls from Pilibhit constituency, a seat which was long held by his mother Maneka.

Pilibhit will be going to polls in the third phase of Lok Sabha elections on April 23. Counting of votes will take place on May 23.