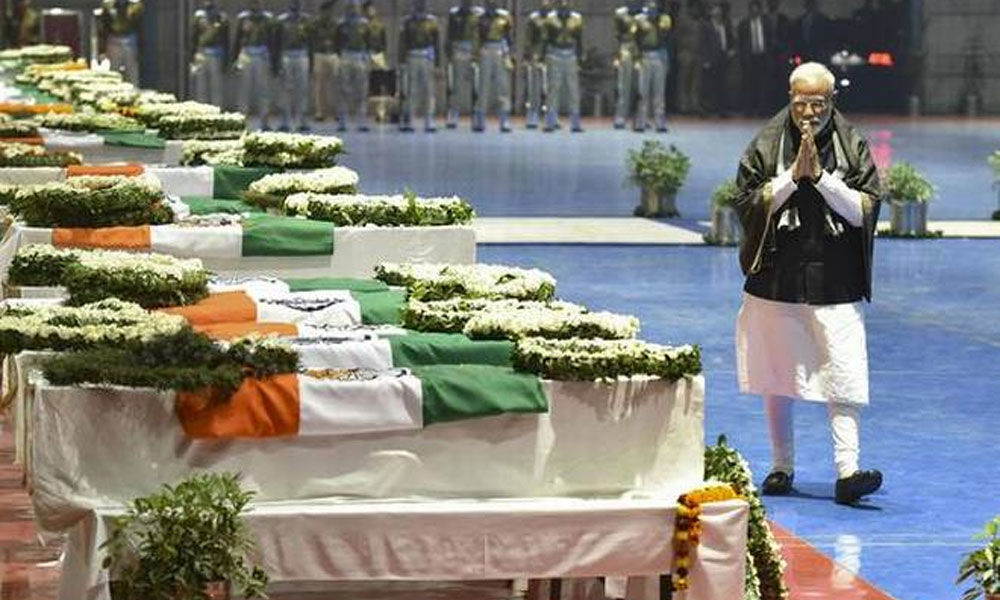 In a sharp attack, Prime Minister Narendra Modi on Friday accused the opposition of insulting defence forces and being the "natural habitat of terror apologists and questioners" of the country's armed forces.

New Delhi:In a sharp attack, Prime Minister Narendra Modi on Friday accused the opposition of insulting defence forces and being the "natural habitat of terror apologists and questioners" of the country's armed forces.

His statement came in response to Congress President Rahul Gandhi's chief advisor Sam Pitroda's remarks referring to the February 14 Pulwama terror attack that such incidents "happen all the time" and that the UPA government also could have send planes across the border after the 2008 Mumbai terror attack but "that is not the right approach" to deal with the world.

"Loyal courtier of Congress' royal dynasty admits what the nation already knew -- Congress was unwilling to respond to forces of terror. This is a New India -- we will answer terrorists in a language they understand and with interest," Modi said in a tweet.

"The most trusted advisor and guide of the Congress President has kick-started the Pakistan National Day celebrations on behalf of the Congress, ironically by demeaning India's armed forces. Shame!" he added.

On Samajwadi Party leader Ram Gopal Yadav's statement that the Pulwama attack was a conspiracy to win votes and would be investigated after a new government takes over, Modi said: "This reprehensible statement by a senior leader like Ram Gopal ji insults all those who have given their lives in protecting Kashmir. It humiliates the families of our martyrs.

"Opposition is the natural habitat of terror apologists and questioners of our armed forces."

He accused the opposition of insulting the forces time and again.

"Shame on Congress. Top Congress leader and Rahul Gandhi's chief advisor Sam Pitroda, on one hand, handing out clean chit to Pakistan, while on the other blames Modi government and India for the air strikes. Astonishing attempt by the Congress to separate terror from Pakistan," Patra said in a tweet.