People of Kashmir imprisoned in their own homes: Sitaram Yechury 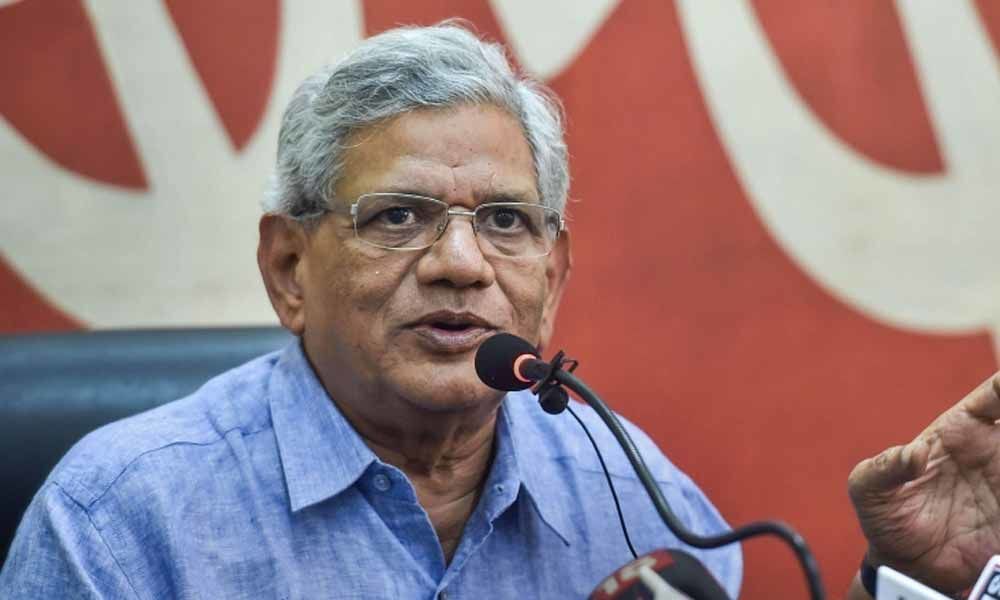 While greeting people on the occasion of Eid al-Adha, Yechury said he still didn't know the condition of his party colleagues in Kashmir.

NEW DELHI: CPI(M) General Secretary Sitaram Yechury on Monday alleged that the people of Kashmir have been kept "imprisoned" in their own homes and warned the government that the impact of changing Jammu and Kashmir's status would be felt in other states with special status.

While greeting people on the occasion of Eid al-Adha, Yechury, who along with CPI general secretary had been denied entry into Srinagar on Friday, said he still didn't know the condition of his party colleagues in Kashmir.

"Eid is an occasion of joy and celebration, and our thoughts are with the people of Kashmir who have been kept imprisoned in their own homes.

We still don't know how or where our Comrades in Kashmir are," he tweeted.

"We are a country of diverse languages, religions, cultures & ideas; this is our strength. The impact of undemocratically and forcibly altering Jammu and Kashmir's status will be felt in other states with special status. Let's not forget that most are on India's borders," Yechury said.

Eid al-Adha prayers were held at various mosques in the Kashmir Valley on Monday.

The authorities had on Sunday said that people will be allowed to visit neighbourhood mosques to offer prayers.

Large gatherings, however, were not allowed in any part of the Valley.