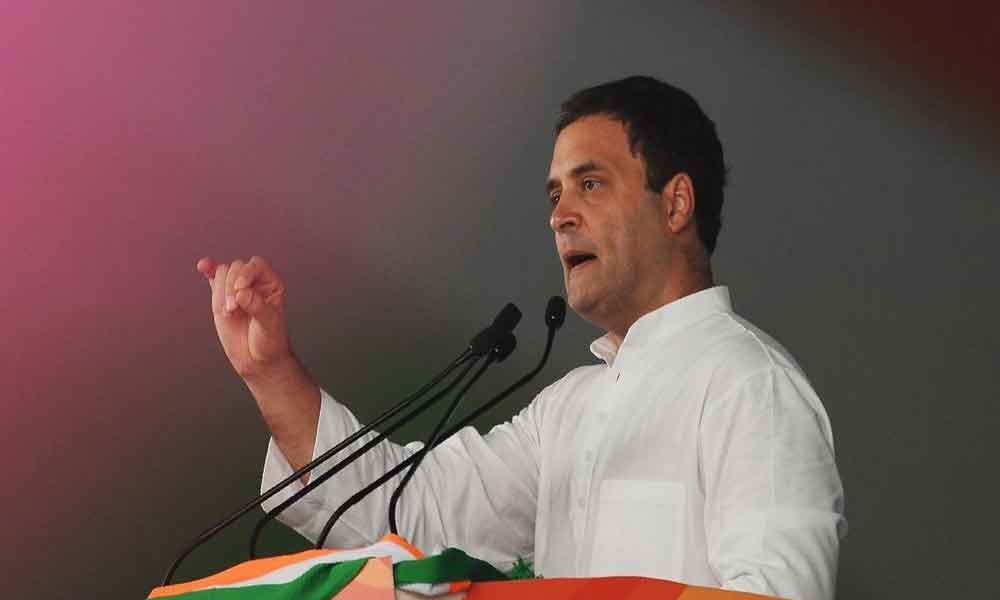 The BJP has scoffed at the idea and described the Congress chief as an ignorant politician.

New Delhi: Congress president Rahul Gandhi asked Prime Minister Narendra Modi on Tuesday if he was "scared" of debating with him on corruption and suggested that they could go "open book" for it.

Gandhi has been repeatedly daring Modi to debate with him on issues of national security, especially the Rafale fighter jets deal, asserting that when it happens, the truth will be out in the open. The BJP has scoffed at the idea and described the Congress chief as an ignorant politician. "Dear PM, Scared of debating me on corruption? I can make it easier for you. Let's go open book, so you can prepare: 1. RAFALE+Anil Ambani, 2. Nirav Modi, 3. Amit Shah+Demonetisation," Gandhi tweeted with #Scared2Debate.

After releasing the Congress manifesto for the Lok Sabha polls earlier this month, Gandhi had challenged the prime minister to debate with him on the issues of national security, corruption and foreign policy. The Congress has also accused Modi of helping industrialist Anil Ambani make a profit of Rs 30,000 crore by favouring him as the offset partner in the Rafale deal. The government has denied any wrongdoing in the fighter jets deal. Ambani has also rejected all allegations.