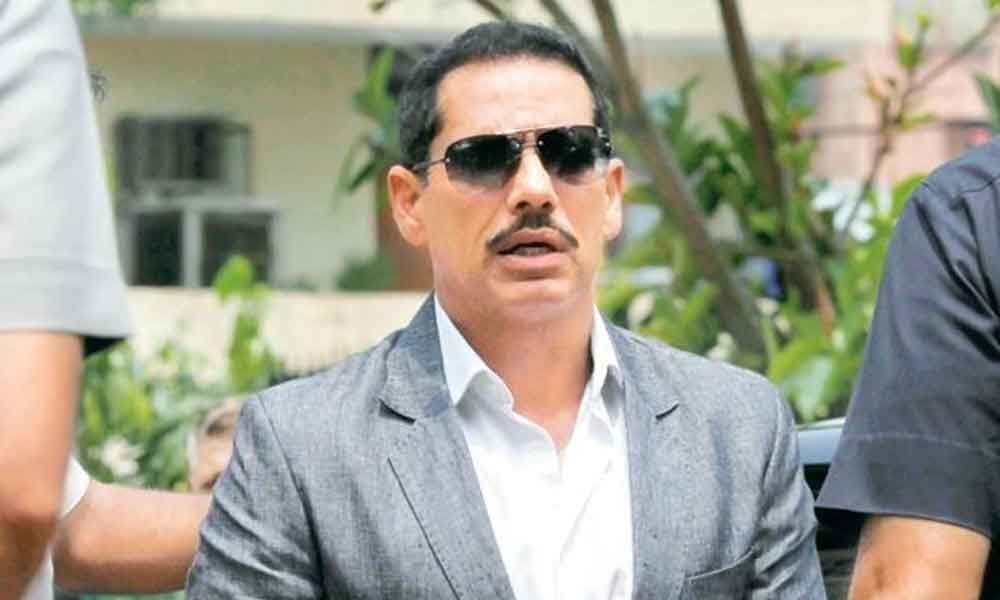 New Delhi: Congress leader Sonia Gandhi's son-in-law Robert Vadra on Friday said the country's politics was at an all-time low and desperate measures were visible as Prime Minister Narendra Modi made a personal attack on former PM Rajiv Gandhi, accusing him of using a Naval warship for a holiday.

"Politics at an all time low ...Desperate measures are visible. Hitting out at an assassinated Prime minister Shri Rajiv Gandhi, to mislead the people of India. A person who cannot defend himself... "We the family will strive for his vision and the people of India will. Fight for his dignity and respect. It's only time, for a respectful change in our country," he wrote on Twitter and Facebook.

Vadra is married to Congress general secretary Priyanka Gandhi Vadra, the daughter of UPA chairperson Sonia Gandhi. A controversy broke out on Thursday over Modi's allegation that Rajiv Gandhi had used INS Viraat as a "personal taxi" for a holiday, a charge rejected by the Congress as well as former Navy chief Admiral (retd) L Ramdas and a former commanding officer of the aircraft carrier.