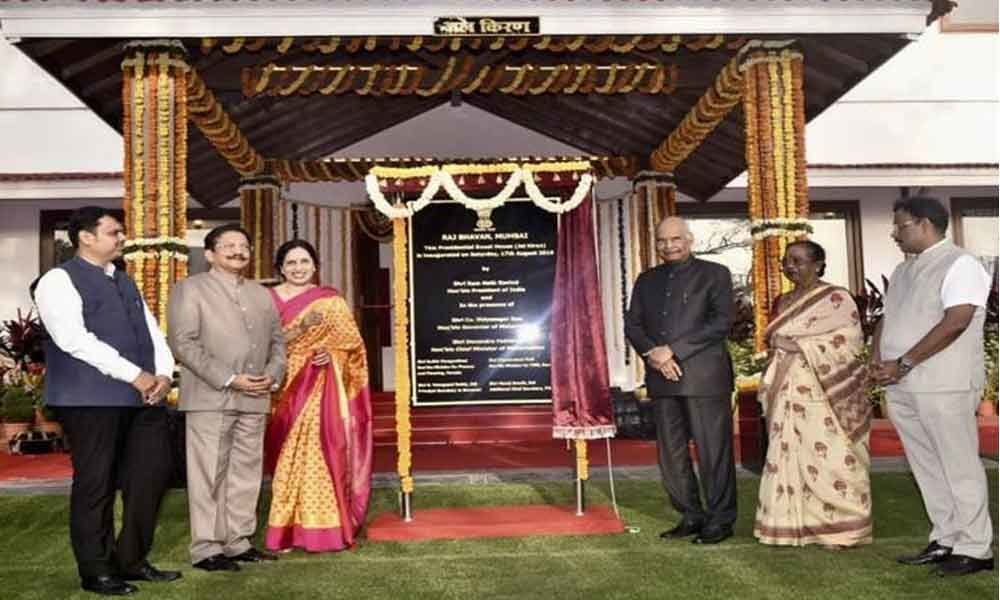 The VVIP suite comprises a meeting hall, a drawing room and a sea-facing balcony.

Mumbai: President Ram Nath Kovind here on Saturday inaugurated the presidential guest house at Raj Bhavan, which will serve as the accommodation for presidents and prime ministers during their visit to Mumbai.

The renovated VVIP Guest House 'Jal Kiran' will have four suites including the one for the president and the prime minister. The VVIP suite comprises a meeting hall, a drawing room and a sea-facing balcony.

The president also unveiled a plaque in front of the refurbished and restored British-era twin cannons at Raj Bhavan.

Dating to the pre-World War I era, the cannons - 4.7 metre in length and 1.15 metre in diameter - were found under mud, 25 metres apart from each other, in the foothills of the Raj Bhavan promontory last year. On November 3, the canons were evacuated following a 12-hour operation.

The twins, each weighing 22 tonnes, were then lifted on to the Helipad Lawn and placed there until their restoration in front of the Jal Vihar, the monumental banquet hall.