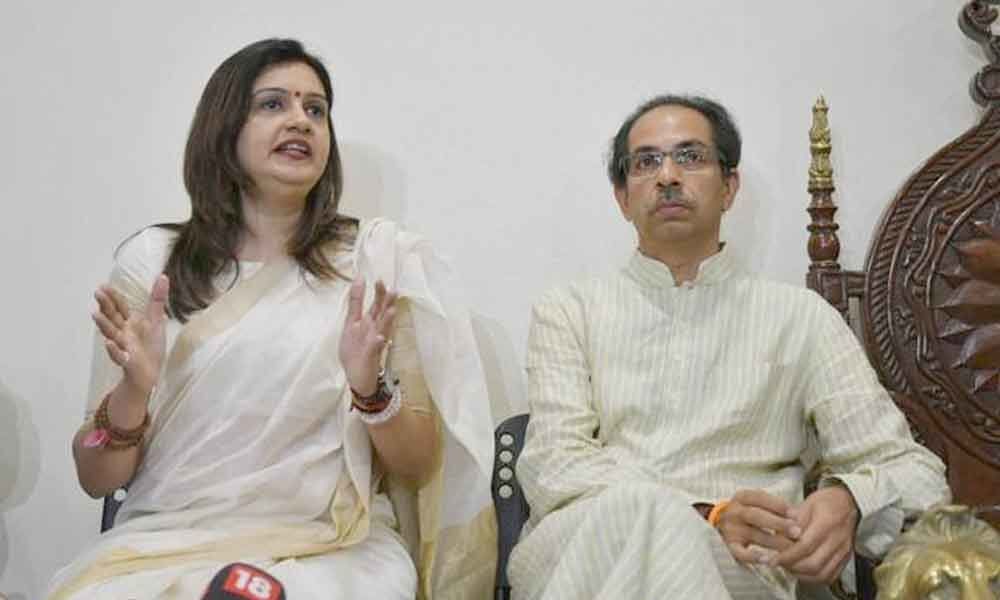 She established the Prayas Charitable Trust, a street school project, which started out with six kids, now reaching out to 250 kids every day.

Priyanka Chaturvedi, in her initial years was only limited to blogging, taking care of her children, managing a business and occupied in the area of children's education and women's empowerment, Basically, politics was not her cup of tea, until she joined the Indian National Congress in 2010. Since then it was rather an astonishing turn of events for the public speaker who projected to become the party's national spokesperson.

Recently, Priyanka joined the Shiv Sena after she sent her resignation to Congress president Rahul Gandhi. In her resignation letter, she had written she was disappointed by the top brass for recalling party workers who had supposedly misbehaved with her.

For Priyanka, who was living in Kolkata with her husband Vickram Chaturvedi, it was the 26/11 terror attack that turned out to be a significant moment for. She got hold of all those who had lost their loved ones and she felt her true calling was in "communication". She established the Prayas Charitable Trust, a street school project, which started out with six kids. In the present day, they reach out to an average of 250 kids every day.

Writing seemed easier to her as she took to blogging, writing newspaper columns and establishing a strong social media presence which eventually caught the Congress party's eye. She plunged into politics in 2010 when she was chosen as the general secretary of the Youth Congress.

Priyanka's book review blog is among the top 10 blogs on books in India because she is a passionate reader. Moreover, she was nominated to be part of the delegation of American Council of Young Political Leaders that visited the US to observe their elections. Apart from that, Priyanka was honored with an award for excellence for being among the Top 50 Inspirational Women in Maharashtra at a women's leadership symposium last year.