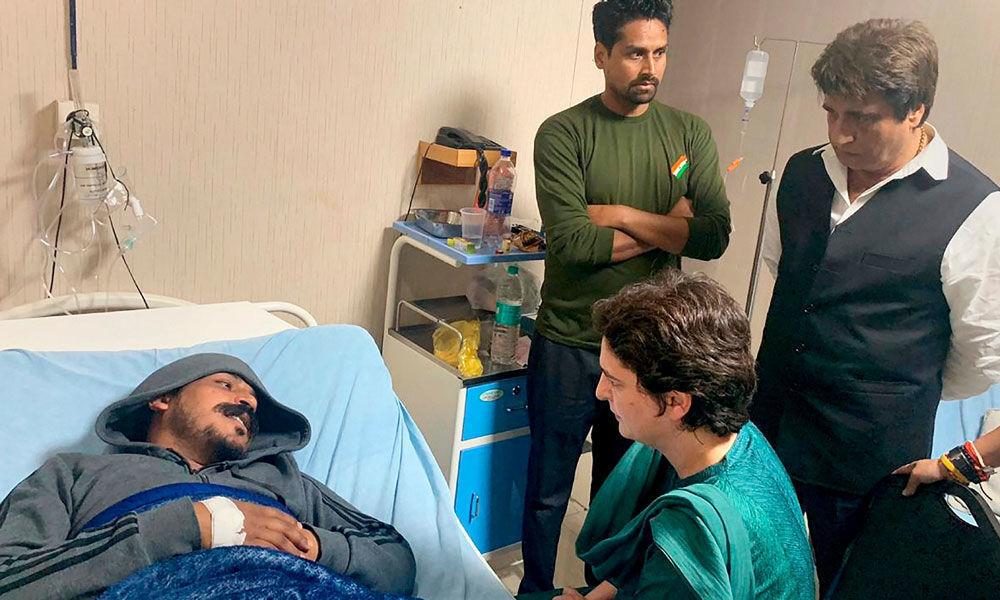 Meerut: Congress general secretary Priyanka Gandhi Vadra on Wednesday met Bhim Army chief Chandrasekhar Azad and attacked the BJP, saying the government has become "arrogant" and it was trying to suppress the voice of the people.

he government wants to suppress the voice of the youth." "They have not given employment to the youth. So if they are raising their voice, let them do that. What is the use of suppressing their voice?" she questioned.