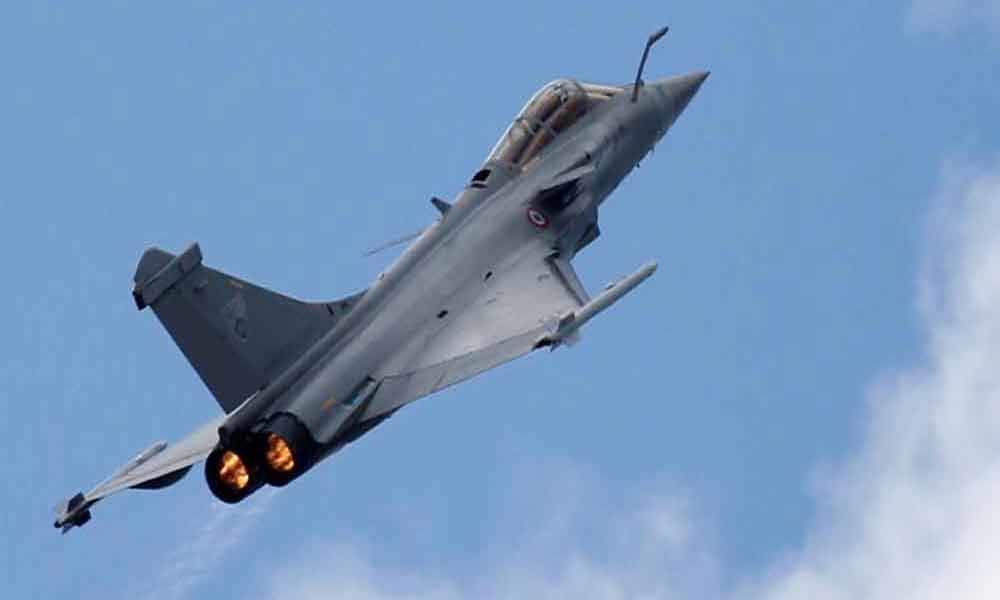 PARIS: Ahead of handing over of the first Rafale jet to India, European missile maker MBDA has said that the aircraft with most advanced weapons package comprising Meteor and Scalp missiles will provide the country unrivalled deep strike capability and air dominance in the region.

MBDA's Meteor beyond visual range air-to-air missile and Scalp cruise missile will be the mainstay of the weapons package of the 36 Rafale jets being procured by India at a cost of Rs 59,000 crore.

"India will get new capabilities with Rafale aircraft which the country never had before. Both Scalp and Meteor missiles will be game changer for Indian Air Force," MBDA's India chief Loïc Piedevache told PTI here.

Defence minister Rajnath Singh will receive the first Rafale jet at an air base in Paris on Tuesday, three years after India sealed the mega deal for procurement of the aircraft manufactured by French aerospace major Dassault Aviation.

"Rafale is an amazing aircraft fitted with a very superior weapons package. It has been having great success in several important markets. We are happy to be part of the project to supply 36 Rafale to India," he said.

He said Meteor is known to be the best beyond visual range missile in the world while Scalp is a deep strike weapon, and the Rafale with these two missiles will help India achieve unmatched air dominance in the region. "Today, India does not have such capability," he added.

Meteor is a next generation of BVR air-to-air missile (BVRAAM) designed to revolutionise air-to-air combat.

Guided by an advanced active radar seeker, Meteor provides all weather capability to engage a wide variety of targets from fast jets to small unmanned aerial vehicles and cruise missiles.

The Scalp is an air-launched long range deep strike missile, designed to deal with pre-planned attacks against high value fixed or stationary targets. Scalp has been part of the UK's Royal Air Force and the French Air Force and was used in the Gulf War.

Piedevache said MBDA was excited about future acquisition programme of all the three forces and was ready to offer best of technologies to India.

"India is a strategic partner for us. We have the knowledge and technology to match India's requirement. We are also excited about the Indian Navy's submarines and frigates programmes," he said.

MBDA has been supplying range of missiles to the Army, Navy and the Indian Air Force in the last five decades.

Last month, it signed an agreement with defence PSU Bharat Dynamics Limited (BDL) for the final assembly, integration and test (FAIT) of Mistral and ASRAAM missiles in India.

ASRAAM is a new generation close combat missile. The IAF's Jaguar aircraft are the first Indian platform to receive this cutting-edge air-combat missile.

Piedevache said the MoU with BDL will help in further enhancing MBDA's engagement with India.

"It has been MBDA's 50 year-old cooperation with India which has been very fruitful. We are fully committed to meet India's requirement," said the top executive.