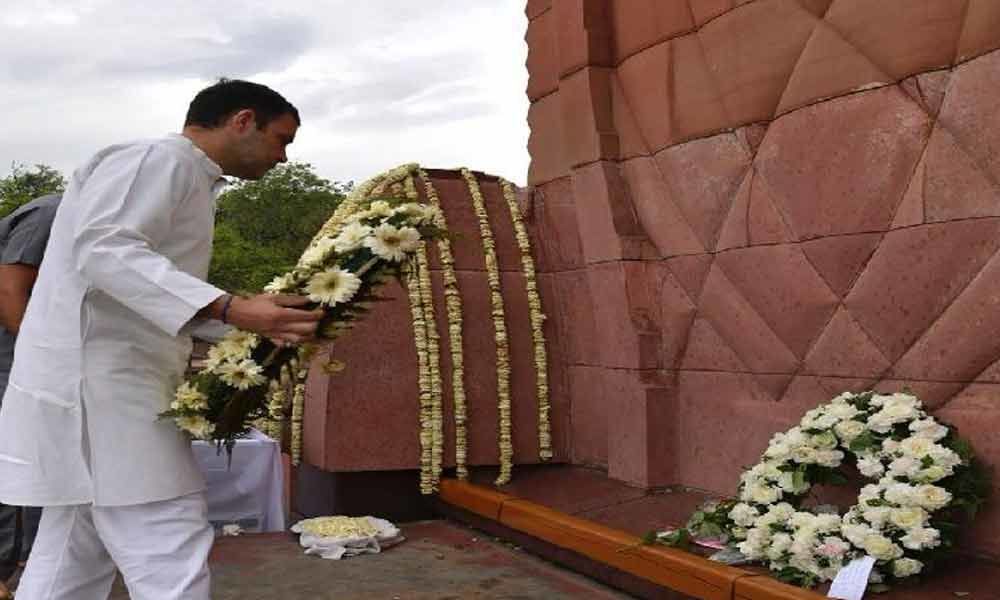 A Punjab Police contingent reversed arms to mark the occasion.

Gandhi along with Punjab Chief Minister and his cabinet Minister Navjot Singh Sidhu were joined by people in large numbers who gathered to pay homage to hundreds of men and woman who were gunned down by British troops on April 13, 1919.

The day marked the 100th anniversary of the bloodbath, when British forces led by Brigadier General Reginald Dyer opened fire on unarmed, innocent Indians, including children, who were present at a gathering protesting peacefully against the oppressive Rowlatt Act of the British government.

The Jallianwala Bagh massacre is one of the darkest chapters of India's freedom struggle against the British occupation. The official death toll by the British government was put at 379.

Hundreds of people, including students, residents and visitors held a candlelight vigil in Amritsar on the eve of the 100th anniversary late on Friday.

The British government, even after 100 years, has only regretted the massacre but stopped short of apologising for the killing of so many innocent people.

Gandhi arrived here late on Friday and visited the Golden Temple and offered prayers at the Akal Takht.

The sanctum sanctorum of 'Harmandir Sahib' was closed for the night when the Congress chief arrived.