Rahul Gandhi does not rule out contesting from second seat, says party will take a call 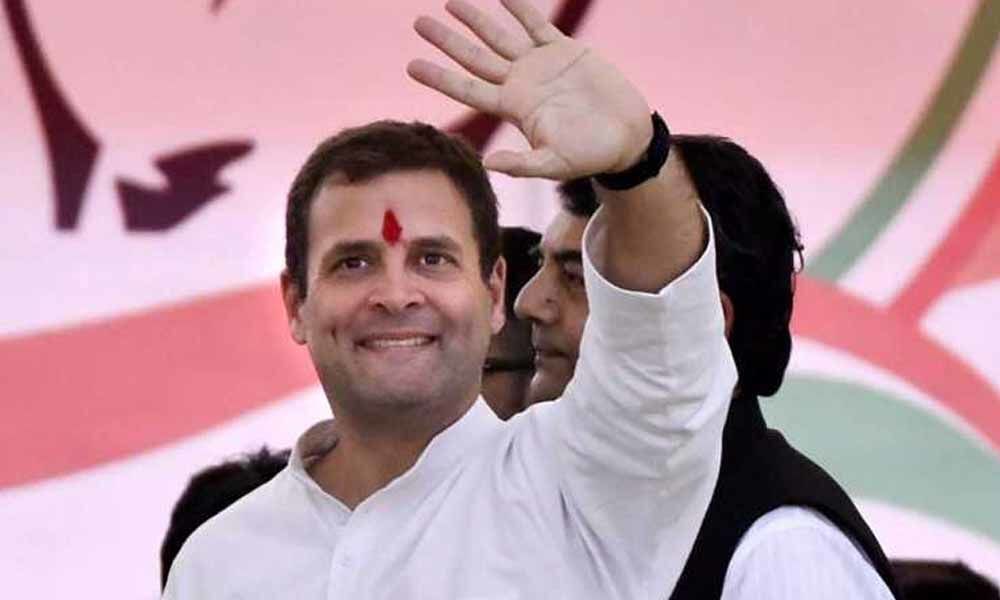 There has been a clamour among Congress leaders from the south for Rahul Gandhi to contest from Kerala as well as Karnataka and the state units have already passed resolutions on the issue.

NEW DELHI: Congress president Rahul Gandhi has not ruled out contesting the Lok Sabha election from a constituency other than Amethi, saying many party leaders have fought elections from more than one seat in the past and a decision on the issue will be taken by the party soon.

Referring to demands from party leaders that his sister Priyanka Gandhi Vadra should contest, Gandhi told PTI in an interview that she will have to take a call on whether to fight the polls or not.

Speculation about the newly appointed Congress general secretary contesting grew after she asked people in Varanasi on Thursday whether she should fight the polls from the temple town, the constituency from where Prime Minister Narendra Modi will seek a re-election.

Amethi is his "karmabhoomi" (place where you are destined to work) and will remain so, Rahul Gandhi said, keeping his options open on fighting the election from a second seat amid demands from party units in Kerala and Karnataka that he should be fielded from their states.

"Amethi is my 'karmabhoomi' and shall always remain so. I am deeply grateful for the love, affection and the sentiments expressed by our party workers in Karnataka, Tamil Nadu and Kerala who have asked me to contest a second seat from their states," the Congress chief told PTI in response to a question on the speculation over him contesting from Wayanad in Kerala.

"In the past, too, many leaders from the Congress and other parties, including Mr Modi himself, have contested elections from more than one seat. The Congress party will take a decision on this issue at the earliest," he said.

In 2014, Rahul Gandhi defeated BJP's Smriti Irani by a margin of over one lakh votes.

Both are pitted against each other again from Amethi.

Asked about Priyanka Gandhi contesting the election, the Congress chief said candidate selection is an ongoing process and the party has announced over 300 candidates so far.

"As far as Priyanka is concerned, it is up to her to decide if she wants to contest the election or not," he said. On whether party veterans will be fielded by the Congress to put up a strong fight, Gandhi said the party has a system of identifying candidates and it goes through various processes.

"I have looked at young as well as experienced candidates equally because I have believed that Congress party needs both. Seniors are fighting elections. We also have many new faces who will be fighting their first election," he said.

There has been a clamour among Congress leaders from the south for Rahul Gandhi to contest from Kerala as well as Karnataka and the state units have already passed resolutions on the issue.

The process of nominations in Kerala, which goes to the polls on April 23, started on Thursday and will end on April 4.