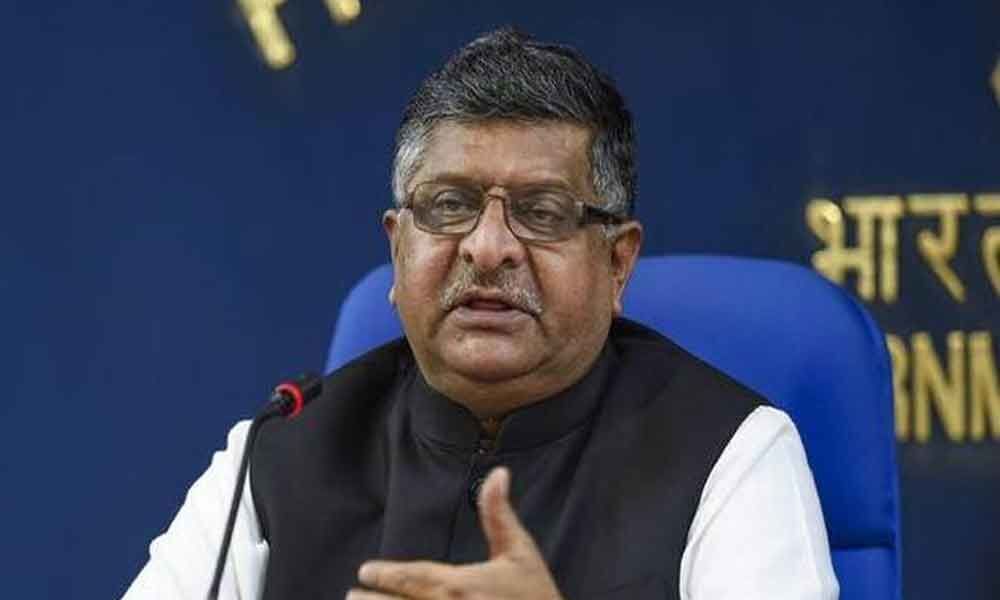 The Union law minister also said that the Congress chief's behaviour was in violation of the model code of conduct (MCC), thus demanding a strict action against Gandhi.

The BJP said Congress President Rahul Gandhi made absolutely false allegations against Prime Minister Narendra Modi on the aircraft deal thus insisting the Election Commission (EC) to prohibit him from campaigning in the Lok Sabha polls and carry out the "heaviest penalty" on him.

A BJP entrustment including Union ministers Ravi Shankar Prasad and Hardeep Singh Puri apart from others had a meeting with the Chief Election Commissioner Sunil Arora with the grievance and necessitated action contrary to Gandhi for constantly using the term 'chowkidar chor hai' and making fabricated acknowledgements to the Supreme Court.

After meeting the CEC, Prasad spoke to the reporters outside the EC office, "Today we have strongly complained to the EC to take serious cognizance, take appropriate action against Congress president Rahul Gandhi for his continuous reckless allegations against the PM by calling him 'Chowkidar chor hai'."

The Union law minister also said that the Congress chief's behavior was in violation of the model code of conduct (MCC), thus demanding a strict action against Gandhi.

Prasad added, "It is the EC alone which is authorized to take action in case of violation of MCC. We have urged the EC to impose heaviest penalty on Gandhi including banning him from campaigning because of the reckless manner in which he is abusing the campaign platform. He is shamelessly saying 'chowkidar chor hai' and lying constantly so there should by an investigation into it."

Prasad also said that by making fabricated accusations to the Supreme Court order which only spoke about the permissibility of certain documents to be taken out in an unauthorized manner from the ministry of defense, Gandhi crossed "all limits"

Gandhi sought to misrepresent the Supreme Court order which has not said a word of any wrongfulness in the Rafale deal, he said. Further he mentioned that the BJP has submitted all the confirmations of his remarks made after he filed nomination in Amethi.