Rajinikanth gets inked on the right hand, authorities sought a report 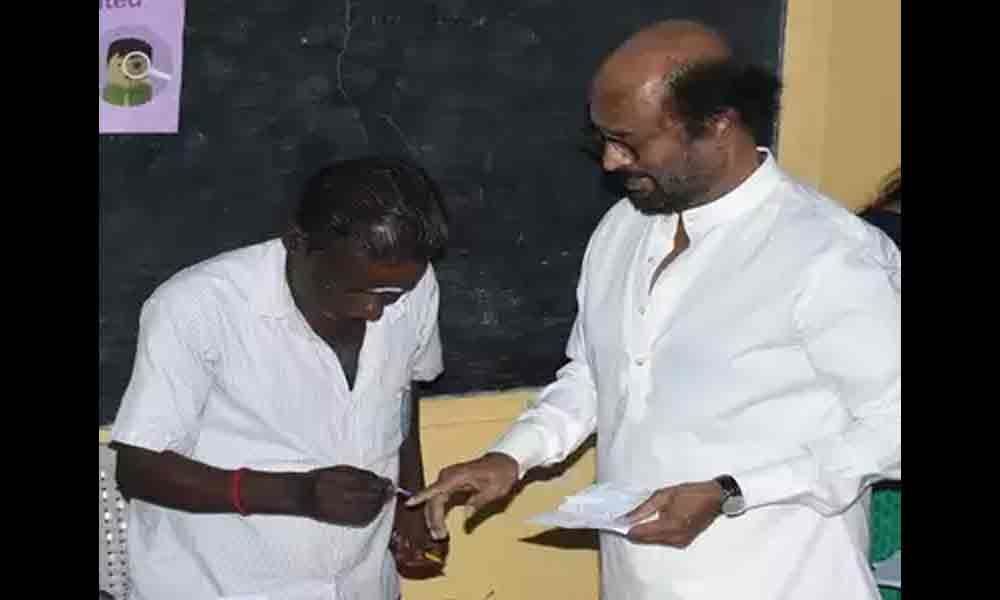 Photographers were not permitted to follow celebrities; this did not restrict many people from using their cellphones to click pictures and selfies whenever actors walked in to vote.

Superstar Rajinikanth casted is vote on Thursday at a polling booth at Stella Maris College. When he came outside, it was noticed that he got inked on the index finger of his right hand. The problem was that it's the wrong hand. Moreover, the authorities did not take this case lightly and have sought a report.

Tamil Nadu's chief electoral officer (CEO) Satyabrata Sahoo said "Yes, it was a mistake. The official should have applied the ink on the actor's left index finger. The rule says if there is any problem with the left index finger, the ink could be applied on one of the other fingers of the left hand."

Nevertheless Sahoo declined speaking about whose mistake it was. He has sought a report on the incident from the district election officer.

When it comes to elections, Rajinikanth is not fresh to controversy. In 2016, throughout the assembly elections, the media and photographers had followed his every move; subsequently got a video grab of him voting for the candidate of a particular party. Clearly, it wasn't his mistake as he did not show the EVM to the media on purpose. They just wedged their cameras into the polling booth.

Even though, photographers were not permitted to keep an eye on celebrities movements especially, into the rooms where they cast their votes, during this election, this did not restrict many voters and even political activists from using their cellphones, which are not permitted in polling station, a ban observed more in the breach, and clicking pictures and selfies every time actors walked in to vote in polling booths across Chennai.

The security personnel looked on permissively in most cases, although in some places they made sure that things didn't get out of hand.